Does Russia need Power of Siberia-2? 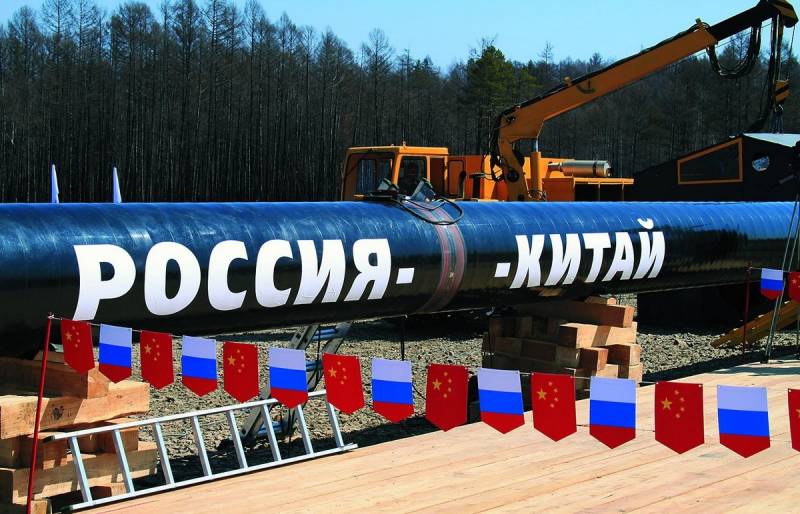 Gazprom is launching another megaproject. According to Alexey Miller, the state corporation will build the Power of Siberia-2 pipeline, through which it intends to supply China with up to 50 billion cubic meters of gas per year. Considering the existing problems with deliveries via Power of Siberia-1 and the fact that there is no contract with Beijing for the second gas pipeline and is not expected in the near future, the optimism of the top manager raises questions.


Power of Siberia-2 is to connect the fields of Western Siberia with the western regions of China with a pipe 6700 kilometers long. Mongolia will act as a transit country. The estimated capacity of the gas pipeline is estimated at 50 billion cubic meters per year, and the cost of construction is up to $ 13,6 billion. Since supplies to Europe come from the same resource base, in some domestic media this statement is presented as a threat to leave the EU without gas. The reality looks a little different.

The fact is that this measure on the part of the monopolist looks forced. The share of Gazprom in the German and Turkish markets, which are the largest for it, is constantly decreasing, and Ankara may even become a competitor after discovering large gas reserves on its offshore shelf. Due to the unique macroeconomic situation, LNG has fallen sharply in price and is cheaper for buyers than the Russian pipeline. Many new LNG terminals have been built in Europe. Brussels is preparing the so-called "carbon tax", after the introduction of which the products of "Gazprom" will become even less competitive. At the same time, the EU leadership explicitly warns that in thirty years it intends to completely abandon the use of fossil fuels.

In general, the trends are, to put it mildly, unfavorable. In the medium term, the monopolist will simply have nowhere to put its gas from the depths of Western Siberia, and foreign exchange earnings will not come out of thin air. In 2014, the notorious "pivot to the East" was announced. It was assumed that the growing Chinese market could, if not replace the European, then significantly diversify risks. But it turned out differently. With fanfare, the Power of Siberia gas pipeline, which has been launched, is unable to reach full capacity. In May, information leaked to the Russian press that the real reserves of its resource deposits turned out to be highly overestimated, and during development they were allowed technological error.

At the moment, the most popular version of the activation of Power of Siberia-2 is the need to plug this hole at the expense of well-researched West Siberian fields. It is assumed that a bridge will be built between the two gas pipelines. There is no special need in this project, except for the urgent need for the top management of the state corporation to cover one place for itself at the expense of the budget. China is happy to buy cheaper LNG, pump pipeline gas from Turkmenistan, and is actively developing its own fields. By the way, Beijing is the owner of the world's largest shale gas reserves. Yes, they are hard-to-recover, but work on the development of appropriate technologies is ongoing, and the result will be obtained sooner or later. In addition, the Celestial Empire is diversifying its sources of energy through renewable ones. Taken together, this means that Gazprom's management intends to build a second reserve gas pipeline for the Chinese at the expense of budget funds, the commercial return of which remains a big question, since the PRC has a very strong negotiating position and knows how to bargain.

However, there is a silver lining. There is an opinion that the state corporation has decided to start real gasification of its country. Losing foreign markets, Gazprom switches to domestic. Finally, the Russians themselves will be able to use the Russian "blue fuel". But let's be objective, in the future, such investments mean an inevitable increase in tariffs.
Reporterin Yandex News
Reporterin Yandex Zen
12 comments
Information
Dear reader, to leave comments on the publication, you must sign in.