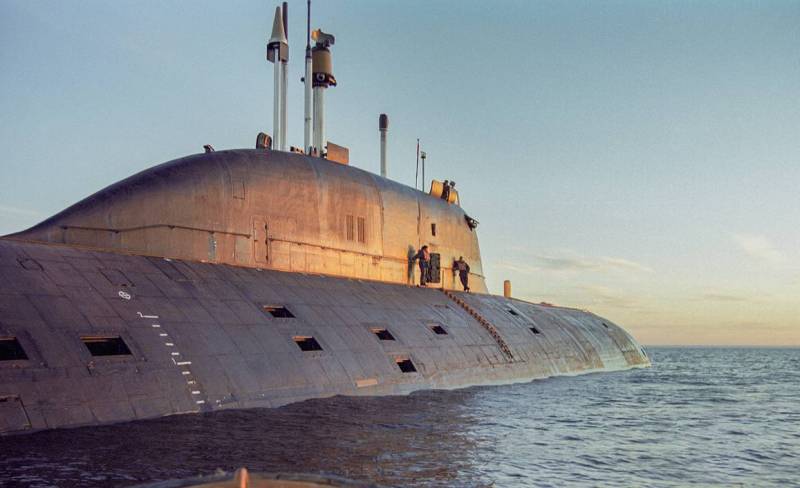 The US withdrawal from the INF Treaty and its clear intention not to extend START III put Russia in a difficult position. In view of the relative weakness of our surface naval fleet, the submarine is the most important element of the nuclear deterrent system. Now the RF Ministry of Defense has demonstrated that it can change the balance of forces in its favor in a rather elegant way.


The basis of the Russian Navy's strategic nuclear deterrent system is a series of Project 955 Borei nuclear submarines. Four nuclear submarines are already in service, the fifth will enter it next year. Three more are already under construction. After signing new contracts at the Army-2020 forum, it became known that the total number of submarines of this class could reach twelve. Their main armament is the Bulava nuclear ballistic missiles equipped with a system for overcoming the enemy's anti-missile defense, sixteen pieces on each submarine. This is a very serious deterrent argument, but there will be only five of them in the Russian fleet by 2021.

Equipping the project 885M Yasen-M multipurpose nuclear submarine with the new Kalibr-M cruise missile can partially change the alignment. According to TASS, the flight range of the upgraded "Caliber" will significantly exceed four thousand kilometers. The size of the rocket will increase, as will the power of the warhead. It will be a subsonic missile, developing a supersonic speed of about 2,7-2,9 M. in the final part of the flight. The key point is that the new "Caliber" can be equipped with a nuclear warhead, but the power of the charge is not yet known and will depend on whether the United States refuses from the extension of START-3 or not.

In this regard, it is very interesting that nuclear "Calibers" can be installed on the nuclear submarine of project 885M "Yasen-M". This is a very successful series of nine multipurpose nuclear submarines, three of which have already been built (two of them are Project 885 Yasen), and six more are under construction. In terms of quietness, the Russian submarine is comparable to the American Virginia and is slightly inferior to the expensive Seawulf. The quality of this series has grown significantly after the modernization. The submarines have become even quieter, the arrangement of weapons and equipment has been improved. The torpedo tubes are displaced to the center of the hull, the most modern sonar equipment is located in the front of the submarine.

"Ash" will be able to carry on board missiles "Onyx", "Caliber" and "Zircon", which will give them the ability to destroy surface ships and submarines, as well as ground targets of the enemy. Placing Kalibrov-M nuclear submarines on this type will actually turn them into strategic missile carriers. The most important thing is that against the sixteen Bulavs on the Borea, the upgraded Yasens will be able to take on board up to forty cruise missiles with a nuclear warhead. And non-nuclear deterrence will be carried out at the expense of the Zircon hypersonic missiles, which are about to be adopted.

Most likely, "Caliber-M" and "Zircons" will be the first to appear on the nuclear submarines "Voronezh" and "Vladivostok", which should enter service in 2025 and 2026, respectively. The first submarine will go to serve in the Northern Fleet, the second - in the Pacific.
Ctrl Enter
Noticed oshЫbku Highlight text and press. Ctrl + Enter
We are
The United States refused to consider the Khabarovsk submarine a technological breakthrough
"The best Russian submarine" went to the test
Reporterin Yandex News
Read Reporterin Google News
2 comments
Information
Dear reader, to leave comments on the publication, you must sign in.