Liberalization and privatization: what awaits Gazprom after bankruptcy 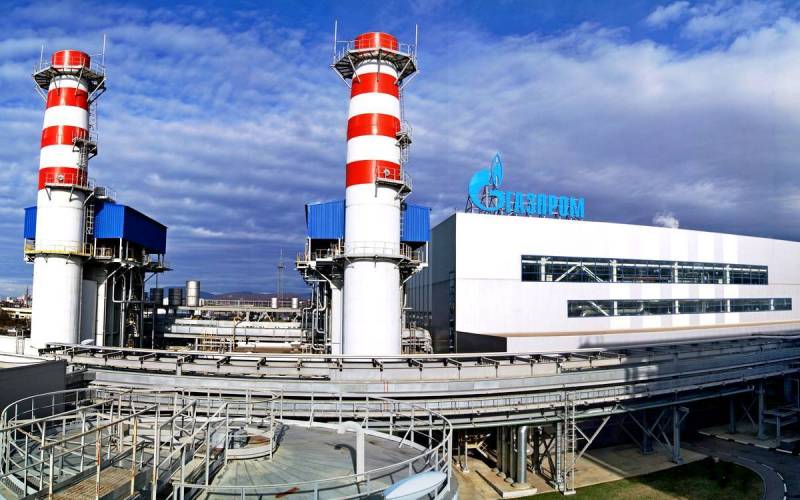 In 2008, the head of Gazprom, Alexei Miller, said that in less than a decade, the capitalization of the state corporation will grow from $ 360 billion to $ 1 trillion. Given the company's monopoly position on the domestic market and its dominant position in Europe, this seemed quite real. Today, 12 years later, it is becoming apparent that the concept of an “energy superpower” has completely failed.


For Gazprom, there has been a continuous black streak over the past few years. Then, at the forum in Davos, the Europeans heard Mr. Miller, but interpreted his ambitions in their own way. The EU and other consumers of Russian gas have begun a consistent process of diversifying energy supplies. For example, Poland has already built an LNG terminal in Swinoustje and now intends to expand its capacity by 50%. The construction of the Baltic Pipe gas pipeline is being prepared to connect this country with Scandinavia. Liquefied natural gas costs the Poles more than Russian, but they are willing to pay for energy independence. In two years, Warsaw is going to completely abandon Gazprom's raw materials.

Things are also bad on the German gas front. Nord Stream 2 has been frozen indefinitely due to US sanctions. The domestic monopolist is still unable to proceed with its independent completion. Recently, a very alarming bell sounded: the German company Uniper, one of the key partners of this energy project, admitted in its official financial statements that the gas pipeline would not be completed at all.

It can be stated that Gazprom has almost completely lost the Turkish market. Previously, supplies went through the Blue Stream and one of the Turkish Stream lines. At the end of the first half of the year, the monopolist set an anti-record by selling to Ankara only 4,7 billion cubic meters. Instead of Russian gas, the Turks are actively pumping Azerbaijani pipeline gas, as well as buying LNG from Qatar. The last good news"From President Erdogan, they threaten to deprive the state corporation of these miserable remnants. According to his recent statement, Turkey has been able to find gas fields estimated at 320 billion cubic meters on its offshore shelf. In a couple of years, Ankara will be able to independently meet domestic needs for "blue fuel", and in the future - and compete with the Russian company in the southern European market.

The hopes for a "turn to the East" were not justified either. It turned out that there is simply not enough gas for the pompously launched Power of Siberia pipeline due to an unprofessional assessment of resource deposits. Now, in order to be able to fulfill its contractual obligations, Gazprom is forced to pull from Western Siberia the Power of Siberia-2 pipeline, which is supposed to be connected by a jumper with the first. Moreover, the top managers of the state corporation were unable to compel the Chinese partners to take or pay their favorite take or pay scheme. Beijing takes just as much gas as it sees fit and at reduced prices.

Failure follows failure, and one can recall the openly enslaving transit agreement with Ukraine and the multibillion-dollar fine that the monopolist paid to Naftogaz after a long bickering. As a natural result of such "effective management", the net profit of the state corporation decreased by 35% in the first six months compared to the level of 2019. If we take separately the market of Europe and countries outside the post-Soviet space, then the figure is even higher - 47%. In the CIS market, losses amounted to 23%. In general, instead of the expected capitalization records, Miller's team sets solid anti-records.

The question is how long will this continue. It is clear that top managers will prefer to compensate for losses by increasing tariffs for the Russian population and the real sector economics, but this is unlikely to add to the popularity of the authorities, especially on the way to 2024. The once leading energy company in the world is turning from a “national treasure” into a “national bankruptcy”. Already now it can be assumed that soon the various "experts" will start talking about the need to reform and "liberalize" the state corporation. It is possible that this gigantic structure will be split into several areas: mining, transit and directly involved in sales. Anything that still makes a profit will be privatized; unprofitable directions, of course, will be hung on the federal budget. As you know, cadres are everything.
Reporterin Yandex News
Reporterin Yandex Zen
21 comment
Information
Dear reader, to leave comments on the publication, you must sign in.