"Superagents" in the world of cars: what do FSB officers drive 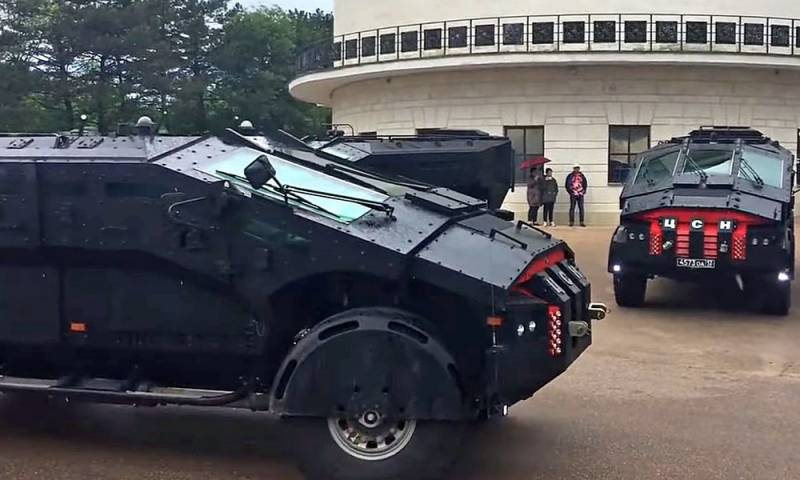 Fast, powerful, destructive, equipped with the latest equipment, and sometimes inconspicuous in appearance, but "stuffed" inside - the cars used by the FSB. What vehicles are in the garage of the most powerful organization in Russia?


Let's start with an armored car, which is used by operational groups "Alpha" and "Vympel" in military operations. "Falkatus", or as it is also called "Punisher", is specially designed for the Russian special forces.

It was based on the basis of the sports KAMAZ-4911. The vehicle is 6,5 meters long, 2,5 meters high, and its gross weight exceeds 12 tons. The special shape of the hood makes it possible to literally "demolish" any obstacle, including concrete walls, and the 730-horse engine provides the Punisher with enviable speed and dynamics.

The armored car can accommodate up to 12 soldiers in full gear. Moreover, his armor provides reliable protection not only against bullets, but also against grenades.

The Viking of the BKM-49111 project, unlike the Falcatus, is not intended for an attack. Its size is almost double the "Punisher", and its weight is over 22 tons. The car is equipped with an 883-horsepower turbodiesel. The armored car is designed to transport people or especially valuable cargo.

There are cars in the FSB that outwardly do not differ from civilian transport. At the same time, inside they are equipped with the most advanced equipment and electronics. Such vehicles can be built on the basis of both domestic and foreign brands and are used for surveillance, radio interception, decryption, and electronic reconnaissance.

Another variant of a "civilian" vehicle for special services is the so-called "catch-up". Unlike tracking cars, the emphasis is on heavy-duty motors. Such "inconspicuous supercars", as a rule, are used by FSB officers in the framework of operational-search activities.

The management of the "office" prefers to travel by foreign cars. The most popular brand among the FSB chiefs is the Toyota Land Cruiser, which is easily recognizable by its dull toning, flashing beacons and an impressive special communications antenna.

But that's not all. In the garage of "bezopasnikov", in addition to the usual ground transport, there are: ATVs, boats, amphibious all-terrain vehicles and even transport airbags. At the same time, in most cases it is extremely difficult to find any detailed information about the means of transportation of the FSB, since all purchases of the organization are classified as "Secret", and the activities of the service itself imply the highest level of secrecy.