Does the Baltic need Russian Varshavyankas? 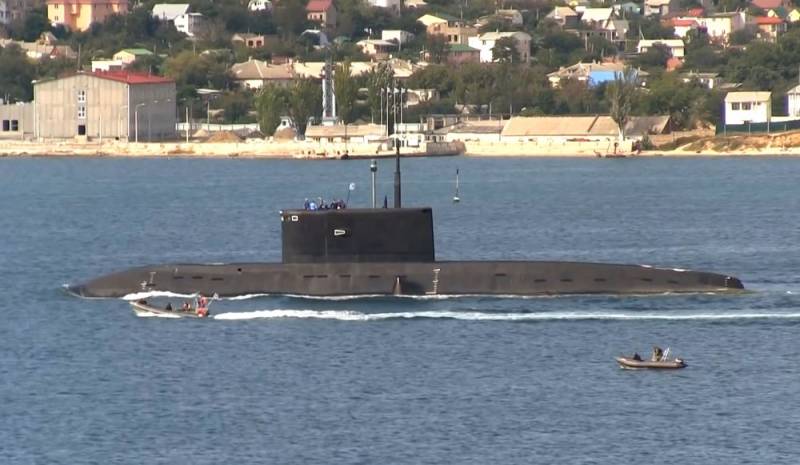 In recent years, militaryполитическая the situation around the Kaliningrad region is only heating up. Through the efforts of the NATO member states, the Baltic Sea and its shores have been turned potentially into one of the hottest spots in the world. The servicemen of the North Atlantic Alliance are regularly trained how to sink Russian ships, shoot down planes, blockade and storm Kaliningrad.


The Baltic Fleet of the Russian Federation is in a clear minority in relation to the combined forces of NATO. The main striking force of our Balts is the Kalibr cruise missiles, which are capable of striking surface and ground targets. However, the naval submarine component is frankly weak. To date, only one outdated submarine remains in service - the Dmitrov diesel-electric submarine of the Halibut project. The B-871 "Alrosa" should have strengthened it for a long time, but it is still being repaired in Sevastopol. There is a discussion in the expert community whether the appearance there of new Varshavyankas equipped with Kalibr cruise missiles can change the balance of power in the Baltic.

Varshavyanka is a surprisingly successful project. Due to the design features, they have an extremely quiet course, for which NATO submarines of this class were nicknamed the "Black Hole". Another great advantage is the ability to strike with Kalibr cruise missiles, which the Varshavyanki have repeatedly demonstrated in the Mediterranean. In a very short time, "Admiralty Shipyards" were able to build six submarines of this type for the Black Sea Fleet. Then a series of submarines for the Pacific Fleet of the Russian Federation was laid, which will be even more silent. In the Baltic, things are much more deplorable. Admiral Vladimir Valuev, ex-commander of the Baltic Fleet, bluntly stated two years ago:

In the Baltic, which is surrounded by nine countries, there are submarine forces in Germany, Poland, Sweden. If we analyze the situation, then without submarines, I think the task of carrying out operations by the Baltic Fleet in full is unrealistic.
The question is not entirely straightforward. On the one hand, the Baltic Sea is relatively shallow and semi-enclosed, lacking the necessary operational space in its water area. On the other hand, the emergence of new diesel-electric submarines, equipped with "Caliber", will give the Russian fleet additional firepower, and the low noise of submarines will force the potential enemy to strain harder. In addition, the "Varshavyanka" could be actively used in the exercises of the Baltic on the search and destruction of NATO submarine forces, increasing their combat training.

Despite this, according to the general director of Admiralty Shipyards, Alexander Buzakov, following the results of the Army-2020 forum, an agreement on the construction of Varshavyanka for the Baltic Fleet was never signed. The RF Ministry of Defense still prefers to save money. The expert community suggests that the “Black Holes” near Kaliningrad in the military department will be plugged by the transfer of new diesel-electric submarines from the Black Sea.

There are indeed grounds to think so. For example, two of our small missile ships (MRK) "Serpukhov" and "Zeleny Dol" of project 21631 "Buyan-M", which were originally built for the shallow Caspian Sea, were transferred to the Black Sea in the Crimea. From there they went to the shores of Syria, where they successfully fired off "Caliber" at the positions of the terrorists. After that, the command decided to transfer both RTOs to the Baltic, with which the small ships did an excellent job, although they went around Europe during the dangerous autumn-winter period, when serious storms occur on Biscay. It is quite possible that the same rotation will happen with Varshavyanka.
Ctrl Enter
Noticed oshЫbku Highlight text and press. Ctrl + Enter
We are
Russia regains its status as a great maritime power
Putin's departure: how to prevent the collapse of Russia's foreign policy
Reporterin Yandex News
Read Reporterin Google News
12 comments
Information
Dear reader, to leave comments on the publication, you must sign in.