Kaliningrad will be in military danger if Belarus is lost 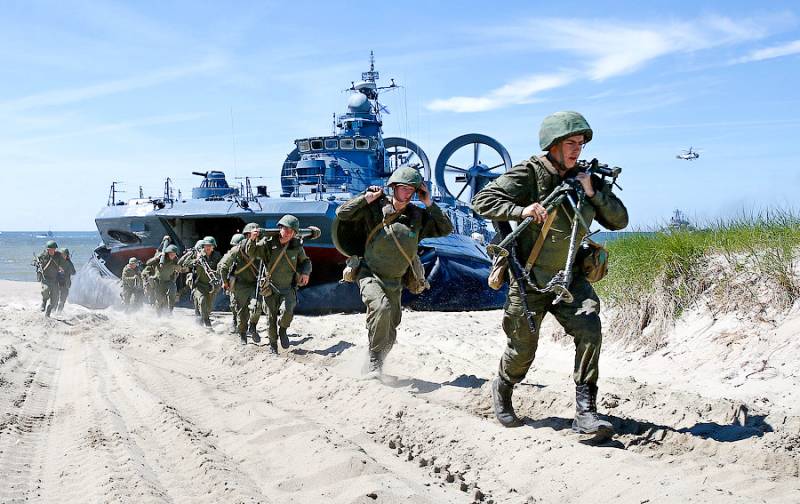 The events in Belarus have received the closest attention from the Kremlin. It is not surprising, since not only the future of the Union State of the Russian Federation and the Republic of Belarus, but also the territorial integrity of Russia itself will depend on the outcome of the confrontation in Minsk. And this is absolutely not an exaggeration, since it depends on the friendliness of Belarus whether Moscow will be able to retain Kaliningrad.


The Kaliningrad region (the former German Konigsberg and part of East Prussia) was inherited by the USSR as a result of World War II, but after the collapse of the Soviet Union, it was cut off from the main territory of our country by Poland, Lithuania and Belarus. Its strategic importance can hardly be overestimated: the Baltic Fleet is based here, from here the Iskanders are capable of covering key NATO military facilities with their missiles. For the RF Ministry of Defense, Kaliningrad is both a strong trump card and an “Achilles heel”. Numerous maneuvers and exercises of the North Atlantic Alliance are openly aimed at blocking and neutralizing the threat from this Russian exclave.

In the event of an armed conflict, it is believed that the Kremlin will have to push through the so-called "Suwalki Corridor" from the territory of Belarus to Kaliningrad. That is, it will depend on the position of the official Minsk whether Moscow will be able to "if something happens" to keep this key region. With a high degree of probability, it can be assumed that with the coming to power in Belarus of the pro-Western opposition, everything will change dramatically for the worse. The CSTO and the agreement on the creation of the Union State will be terminated, and the Belarusian army will be transferred from the protection of the western borders to the eastern one. This means that Kaliningrad will finally turn into a cut-off slice.

At the official level, neighboring Poland, which got two-thirds of its territory after the partition of the former East Prussia, does not claim the Kaliningrad region. Her real deeds suggest otherwise. Warsaw has deployed serious forces capable of repelling the Russian onslaught on the Suwalki Corridor. Large-scale military exercises are constantly being held around the exclave.

In Kaliningrad, as, indeed, in neighboring Ukraine and Belarus, numerous NGOs are actively working, educating young people in the spirit of European values, giving them the opportunity to get a Polish education. As a result, a socially active stratum is formed, which is objectively oriented towards cooperation with the West, primarily Poland. No wonder they started talking about some claims of Warsaw to the Grodno region of Belarus, where the positions of the Poles are especially strong. There is no doubt that in the event of the collapse of the Belarusian statehood in this region of the republic there will be many who sincerely want to “return to their native harbor”.

And this may only be the beginning. If the pro-Western opposition gains the upper hand in Minsk, Belarus will turn into “Ukraine No. 2”. All interstate agreements and cooperation will be sequentially broken, and the "Suwalki Corridor" will be closed for the RF Ministry of Defense. Even worse, the territory of Belarus in the future can be used, for example, for the deployment of NATO air forces and elements of the American missile defense system. This will be a serious blow to the defenses of both “big Russia” and its remote exclave. In the event of a NATO blockade of Kaliningrad, the Russian Defense Ministry will find it very difficult to defend it without Minsk's help.
Reporterin Yandex News
Reporterin Yandex Zen
20 comments
Information
Dear reader, to leave comments on the publication, you must sign in.