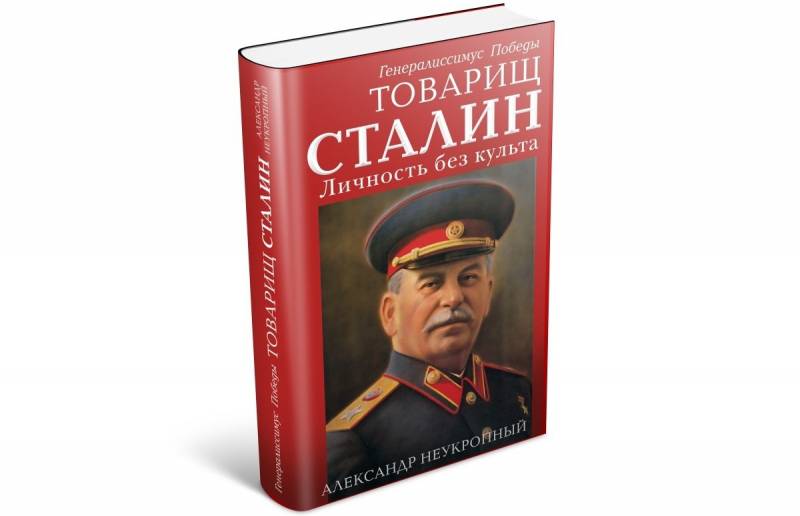 How did my journey to this book? Perhaps from another book - a collection of poems by the great poet Sergei Mikhalkov, published in 1953. Leafing through it, I suddenly came across a stanza: “Stalin gave me an order, too, I’m in the war too!”, In which the Leader’s name was tightly blotted out by ink that had long faded and no longer hid it, and on top of it was written in calligraphic handwriting: “My homeland gave the order! " It was mysterious and incomprehensible, which meant that it raised a lot of questions. Alas, grandmother Marusya, who was at one time the head of the children's library in one of the small towns of Donbass, from whose hands I actually received this volume, categorically refused to talk about this topic. Moreover, even me, a child, could see that she was unpleasant for her and, moreover, painful. Then I again saw this name and the chased profile - on certificates of honor and diplomas of senior family members, on their medals "For Victory in the Great Patriotic War" and "For Valiant Labor in the Home Front." So I found out that Stalin was ...

Studying at the Soviet school did not add clarity - despite the fact that history was my favorite subject. In the late USSR, Stalin seemed to exist - but he did not exist. He appeared in boys adored films about the war, like "Liberation", but flashed in them in some minor roles, literally in episodes. Interest in his personality and his time was not pursued at that time, but it was not welcomed either. Then "perestroika" burst out ... Both on all the citizens of the Soviet Union, and on my generation, just in these terrible years entering adulthood, leaving school, entering universities, a real flurry of "revelations", "sensations" and "revelations" fell ”, Which was actually a cloudy wave of fraud, falsification and lies. Skillfully corrected half-truths - in the best case ... It is now, decades later, I understand - we were simply robbed! Impudently, cynically and completely openly. At the same time, not only factories and factories, fields and roads, which they built from scratch and defended whole generations of our ancestors in terrible wars, were taken away from the Soviet people. The Great Country was taken away from us, in which we all prepared to live happily ever after, leaving instead the squalid cells of the "independent states" and the ugly "universal values". The future was taken away from us.

And in order for us to allow this robbery to take place, first of all, they took away Truth and Memory from us. Emasculated pride for their Motherland, faith in it, love for it. The main task was to kill the indestructible spirit of the citizens of the state, stretched out on one-sixth of the globe, who were proud of the banner under which they were born - a scarlet cloth with a star, a sickle and a hammer. Our minds and souls were given over to the power of liars and scoundrels who insisted that nothing could be found in the history of our country but dirt and blood, which we should be ashamed of and for which we must repent before the rest of the world, declared "civilized." It was in those years that colossal lies and blasphemy were erected against Stalin, his associates and his time. Alas ... Youth, above all, is characterized by increased sensitivity and naive faith. We did not just listen - we listened to the host of scoundrels, soaked in the poison they exuded.

Enlightenment came later. In the hungry and boundless "post-perestroika years", when just yesterday the great state before our very eyes turned into some wild mixture of a bazaar spread across all its expanses and thieves' "raspberries". When everything around was bought and sold, stolen and drunken, when human life depreciated to the limit, and such things as honor, conscience, patriotism, and completely ceased to mean and cost anything. Rather, they turned into an overwhelming burden, from which the absolute majority of citizens, striving as quickly and reliably as possible to fit into the "brave new world" of "wild" capitalism built on blood and bones, hastened to get rid of it once and for all.

It so happened that instead of participating in this whole jackal feast, I made a choice in favor of a service related to operational work. Even the Soviet-style form, on which, perhaps, hastily dislodged buttons with the image of ears twining around the globe were replaced by others - with a squalid "trident", changed not only the way of life, but also the perception of the world as a whole. Gradually, an understanding of really important things began to come - what is the State, its interests and its enemies, what is Power, its limits and temptations. And what the "punitive organs" really are, so generously watered by liberals and "democrats" of all stripes.

A burning interest came to the great and terrible NKVD, about which the gray-haired colonels spoke in an undertone, but with undisguised delight. It was then that the main principles were formed, without deviating from which I subsequently tried to get to the bottom of the truth: not to believe any accusation if it is not confirmed absolutely and one hundred percent - by evidence, documents, reliable evidence. Check and double-check any, even the seemingly most convincing versions a hundred times. To judge any events not from someone's, albeit an authoritative voice, but by analyzing all their smallest details in the most careful way, as well as the motives of their participants - explicit and hidden.

Time passed, and finally at least some truthful books and films appeared, in which they began to question all that heap of lies that was dumped on our heads a decade or two ago. This new view of things seemed much more balanced and reasonable than the hysterically pretentious concoctions of the Solzhenitsyn, Ginzburg and Aksenovs. The Internet, which does not know borders and censorship, has brought enormous benefits here, in which it became possible to find a dozen alternatives for any opinion. The search for the truth about Stalin and his time by that time had already turned into a conscious need, a desire to understand the essence and meaning, and not be led by other people's thoughts, which, moreover, could not withstand any critical examination and verification. And then on my bookshelf, in addition to the many volumes on the haunted topic, the complete collected works of Joseph Vissarionovich appeared ...

Stalin is not just one of the most outstanding statesmen of the Soviet Union and of all mankind. He is not only the personification of the brightest pages in the history of our Fatherland, sometimes incredibly tragic, but at the same time - heroic and invariably victorious. Stalin is a whole world, a whole universe that can be comprehended endlessly, marveling at the depth and versatility of his accomplishments, ideas, creative and historical heritage. Alas, whole generations of compatriots were deprived of the opportunity to touch this wealth, to discover Stalin and his time, and, at least, to independently form a judgment about them. Well, luckily, it's not too late to fix it. No wonder the truly great Frenchman - Charles de Gaulle said about Joseph Vissarionovich: "He has not gone into the past, he has dissolved in the future!" We are the future. Today's Russia, which has finally rejected the attempts of the West to impose on it a miserable stagnation on the outskirts of the "civilized world" and has again declared itself as a great power, Stalin and his legacy are needed more than ever.

This is confirmed by the data of sociological studies, according to which interest in Stalin, his approval and support are growing in our country from year to year. Each of my articles dedicated to Iosif Vissarionovich becomes the subject of discussion of tens of thousands of readers, causes heated debates and discussions. And this is just wonderful! The worst thing is the uncritical and one-sided perception of the history of our Motherland and the people who created it. Without pretending to be absolutely correct in the last instance, I urge my readers only to get acquainted with Joseph Vissarionovich Stalin and his great time anew. Let's disagree, let's dispute and question, let's look for the Truth together in order to better understand our Fatherland, to be proud of it consciously, and not at someone's orders.

In conclusion, I would like to express my deepest gratitude to the wonderful team of the Reporter website, first of all, to its editor-in-chief Ruslan Kristallovich. Dear Colleagues! Without your participation this book would hardly have been born. Thank you for your support, objective assessments, corrections and fair criticism. I would especially like to thank those who participate in the discussion of what was written - all my readers, even leaving only abusive comments under the articles. Thanks to you, I see how necessary and important the work on restoring historical memory is, how much more needs to be done in this direction. It is you, my most fierce critics, who often suggest new topics and ideas ... I would also like to finish the preface with the words of one of my regular readers, known to me only under the nickname “Bakhtiar”: “History is not an abstract armchair science. This is the front of the war for the preservation of their homeland ... "

BOOKthat you hold in your hands is one of the battles on this front.
Ctrl Enter
Noticed oshЫbku Highlight text and press. Ctrl + Enter
We are
From “Russian Prayer” to “wordless”: what hymns sounded in Russia
Scolding everyone for demolishing monuments, Russia should look at itself
Reporterin Yandex News
Read Reporterin Google News
15 comments
Information
Dear reader, to leave comments on the publication, you must sign in.