What is behind Putin's words about the power reserve for Belarus 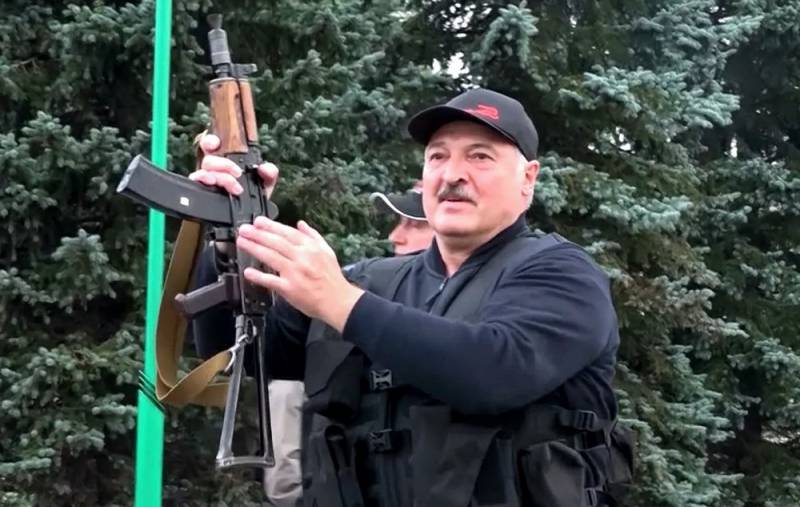 On the eve of a big fuss, President Putin's interview to the federal TV channel made a big splash, where he said that Russia had created a "power reserve" that, at the request of President Lukashenko, could be used in Belarus. What can such an "open message" testify to?

We agreed that the reserve will not be used until the situation gets out of control, until the extremist elements, hiding behind political slogans, will not cross certain boundaries and will not start setting fire to cars, banks, trying to seize administrative buildings.
It should be noted that Moscow may provide military support to Minsk within the framework of the agreement on the creation of the Union State. But the very appeal to such a possibility speaks of two extremely dangerous tendencies.

At first, it becomes obvious that President Lukashenko can no longer fully rely on his own security officials and the army if he is ready to apply for outside help. This means that he has lost not only the “street”, which is almost all against him, but also the nomenklatura, which can gain too much in the event of his departure and subsequent privatization processes. This is a medical certificate of death of the former “multi-vector model” and “neutral” status of Belarus.

Secondly, such a public address by Vladimir Putin could mean an attempt to prevent the Kremlin from transforming the non-violent protests of the Belarusian opposition into violent ones. "Peaceful revolution" did not give any result, President Lukashenko is not going to leave. Now they can try to overthrow him through blood: a square filled with people, snipers, and then a helicopter to Rostov. We have already seen all this, and such a scenario works only with the passiveness of local security officials and non-interference from Russia. Apparently, some lessons were nevertheless learned, and President Putin directly and publicly stated that he would not allow a coup d'etat scenario.

The use of military support from Russia to suppress the "Belomaidan" is an extreme measure and will have certain negative consequences. On the one hand, Belarusians opposed to Lukashenka will accuse Moscow of supporting the “last dictator and usurper,” they will not greet Russian tanks with flowers, and even some form of “partisanism” is possible. The West is likely to introduce new anti-Russian sanctions. But at the same time, anti-Russian discontent will remain at the level of kitchen conversations.

On the other hand, if Moscow does not fulfill its allied duty towards Minsk, a pro-Western opposition will come to power, and then the anti-Russian agenda will shift from the kitchen and street level to the official one, becoming the basis of the new foreign and domestic policy of Belarus. This means the transformation of a formerly friendly country into another variation on the theme of Russophobic Ukraine. From the point of view of the national interests of the Russian Federation, military assistance to Lukashenka will be the lesser of two evils.

It remains to be hoped that the Russian military resource will not be needed, and the Belarusian law enforcement officers will cope with the establishment of order themselves. After that, constitutional reforms must take place. It is quite obvious that the Basic Law of the Republic of Belarus should prohibit one person from holding the presidency more than two times, and this without any loopholes for manipulating "castling" and so on. We will not be surprised if Minsk takes the path of creating its own analogue of the State Council as the last refuge for Alexander Lukashenko, and the figure of the president, to whom he will have to give power, will become more nominal, due to the transfer of key powers to other state bodies.
Reporterin Yandex News
Reporterin Yandex Zen
13 comments
Information
Dear reader, to leave comments on the publication, you must sign in.