"Block him!": The Russian military drove the Americans through the fields in Syria 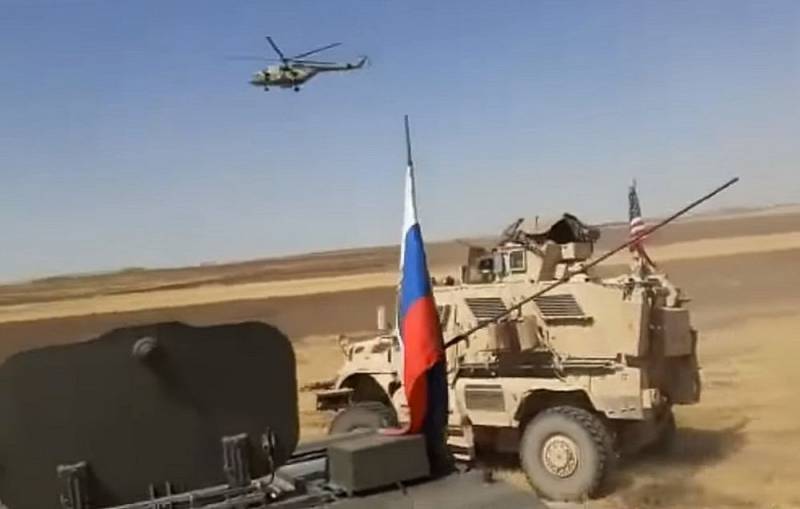 The confrontation between the Russian and American military in Syria continues. A video appeared on the Web of how the Russian military is literally driving American colleagues through the fields in the Syrian province of Al-Hassek, near the village of Deirik.


The footage shows how the Russians overtake the Americans and block their further movement. At the same time, the Americans move on the International MaxxPro armored vehicles. On the Russian side, rotary-winged vehicles and various wheeled technique.

The Mi-8AMTSh and Mi-35M helicopters of the Russian Aerospace Forces drove the “game” and carried out air cover for the unit on armored vehicles. In turn, in pursuit of the Americans across rough terrain participated: two armored vehicles "Typhoon-K" and an armored combat vehicle "Tiger", as well as a truck "Ural-4320" and an armored personnel carrier-82A.

Block it!
- says the voice on the video.

Outraged Americans start beeping and trying to evade the "annoying Russians." As a result, the “butting” of armored vehicles in the Syrian field ended in favor of the Russians.


Previously we informed readers, how Russian combat helicopters literally "hunt" for American military patrols in northeastern Syria. Note that the official Damascus did not invite the military from the United States to Syrian soil and now they really do not want to leave there. Therefore, they are helped to make the right decision.
Reporterin Yandex News
Reporterin Yandex Zen
7 comments
Information
Dear reader, to leave comments on the publication, you must sign in.