Discontent with Ankara grows among Turkish militants before storming Sirte 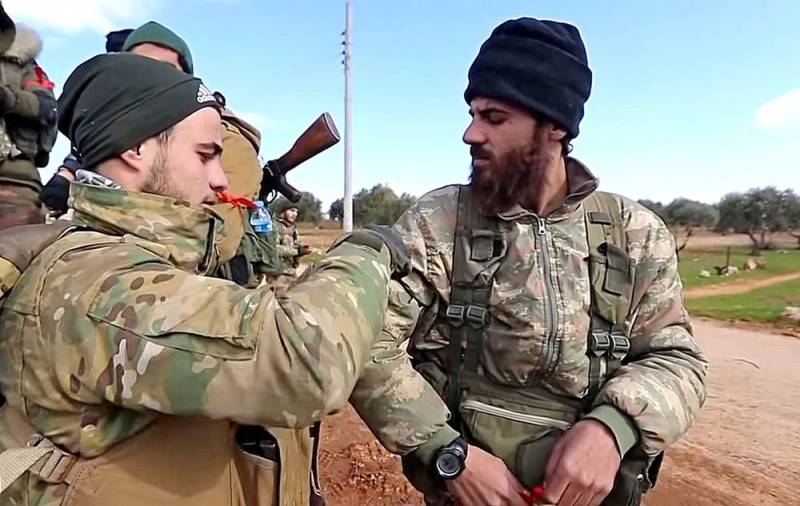 Despite earlier announced truce by the Government of National Accord of Libya, Tripoli continues to prepare for the assault on the strategically important port city of Sirte. At the same time, dissatisfaction with Turkey is growing in the ranks of the pro-Turkish militants, since many "soldiers of Sultan Erdogan" brought from Syria have ceased to feel the care of Ankara.


Turkey in the Libyan conflict relied on the "Islamist infantry" and sent about 15,5 thousand "Syrian refugees" to northern Africa. Each ordinary fighter was promised a salary of $ 2000 a month. However, the militants have never seen such a sum. From time to time they were paid a fifth of what was promised, and then they stopped altogether. As a result, over the past 6 months, the ranks of "volunteers" have thinned by 5,5 thousand people. Moreover, there were about 500 combat losses, and everyone else simply fled back to Syria, losing motivation.

The remaining militants are outraged that they were forgotten. Moreover, they express their dissatisfaction with various media. They openly admit that they are often forced to engage in looting in the territory controlled by the PNS, taking property in the houses left by the owners.

For example, Taha Hammud admitted to the Investigative Journal portal that he and his "brothers in arms" traded in the city of Misurata. He explained that since there is no salary, you need to somehow survive.

We found gold in many abandoned houses
- Hammud specified.

The Investigative Journal found that some Syrian militants received only one salary during their stay in Libya, and then "switched to pasture." Therefore, to prevent the situation from becoming unmanageable, negotiations were held in Tripoli between the PNC and the heads of the Turkish and Qatar Defense Ministries. One of the items on the agenda was the salaries of the mercenaries. Moreover, the possibility of a salary increase by 30% was even announced.

Some militants immediately called these conversations "primitive chatter". They do not even dream of a promotion, they would get what they were promised before.

Our leaders tell us that we will get paid soon, but this is not happening. They may have said they would pay more because they thought they would need us to attack Sirte, but why do they need us now, when there is a truce?
- said the militant, who identified himself as Omar from the Al-Hamza Division (the unit is deployed in the Ain-Zara area).
Reporterin Yandex News
Reporterin Yandex Zen
2 comments
Information
Dear reader, to leave comments on the publication, you must sign in.