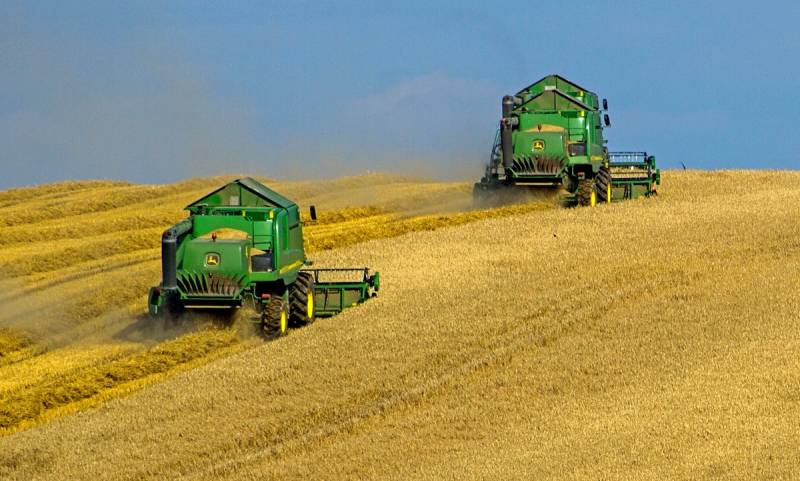 Having lost on the export of oil and gas, Russia has a chance to recoup on the food market. The Bloomberg agency believes that our country can come out on top in the world in terms of grain exports. However, unlike American analysts, domestic farmers themselves are not so optimistic.


To its credit, Russian agriculture has made a big leap forward in recent decades. Even the old Soviet grain harvest record was broken. Everything that is collected in excess of the domestic consumption rate is exported to more than 100 countries around the world. The main competitors of Russia are the United States, Australia, Canada and the European Union. However, there are important nuances.

The United States exports its grain primarily to the Central and South American market. The main rival of domestic farmers is the European Union, with which they traditionally fight for sales to Africa and the Middle East. It so happened that this year, due to the drought followed by floods, European farmers will miss a significant part of their harvest, the share of which may go to the Russians. The US Department of Agriculture has calculated that the increase in grain exports from the Russian Federation could amount to a very impressive 10%.

Despite such optimistic forecasts, Russian farmers grumble with displeasure. Their main complaint is the quota mechanism that was applied by the authorities this year against the backdrop of the coronavirus pandemic. The volume of grain that was allowed to be exported is limited to 7 million tons, and it has long been selected. Quotas are not entirely unambiguous.

On the one hand, this measure can be considered correct, looking at the example of other countries. With the arrival of COVID-19 and complete uncertainty about how long the global quarantine will last, many states began to restrict food exports, saving it for a rainy day, for example, Vietnam, Romania, even Ukraine announced such plans. Russia also introduced quotas for supplies to the EAEU and, in general, this was the right decision, since food security is a priority.

On the other hand, the situation with the coronavirus is gradually returning to normal, there is no previous panic, even the first vaccine has appeared. Cereal prices on the world market are growing, which gives hope to the agricultural sector to earn extra money. However, quotas hinder this, which can lead to overstocking of the domestic market. Some experts warn that farmers may simply stop increasing planting volumes and reduce investment in renovation. equipment and the expansion of port terminals, as restrictions would make it unprofitable for their products to enter foreign markets.

The question is extremely controversial. Participants themselves consider the quota mechanism "clumsy" due to its imperfection and lack of flexibility. The Russian Grain Union warns that some foreign buyers are beginning to refuse deliveries from our country due to a delay in delivery. For example, Bangladesh has recently preferred Ukrainian grain. Probably, officials should listen to the farmers and try to take into account not only national, but also their commercial interests.
Ctrl Enter
Noticed oshЫbku Highlight text and press. Ctrl + Enter
Reporterin Yandex News
Reporterin Yandex Zen
7 comments
Information
Dear reader, to leave comments on the publication, you must sign in.