Should we hope for Yellowstone in the event of a war with the United States? 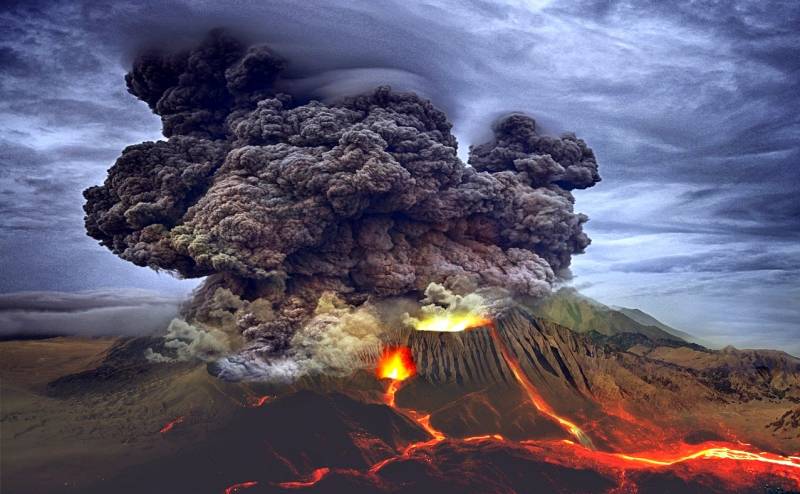 In recent years, it has been fashionable to talk about the possibility of a nuclear strike against Yellowstone in order to "close the American question once and for all." It is assumed that in the event of a war with the United States, a thermonuclear explosion should destroy the caldera, and then the supervolcano itself will put an end to the "hegemon." However, this scenario raises a lot of questions.


The Achilles' heel of the United States is located in Wyoming, in the northwest of the state. Today it is a picturesque and popular national park among tourists from all over the world, but about 2 million years ago it was the epicenter of a terrible catastrophe that was reflected on a planetary scale. The monstrous eruption of the supervolcano covered half the continent with ash, leading to climatic changes and the extinction of many species. It is not known whether an ancient man could have survived such a cataclysm if he had become his contemporary.

However, we have a very real chance to check it ourselves. Geological studies show that eruptions on it occur once every 600 thousand years, and this period is just right. Scientists are seeing more and more signs of Yellowstone's awakening, which is cause for justifiable concern. These are the increased frequency of earthquakes, and ground uplift, and an increase in the activity of geysers. Even more worrisome is the recurrent idea of ​​a thermonuclear strike on a supervolcano to cause an apocalypse in the United States. The problem is that no one really knows how the caldera will behave in the event of an attack on it.

There are extremely gloomy predictions that the destruction of the Yellowstone lid by a missile strike will provoke a powerful eruption that will destroy half of the United States with explosion and ash, which in turn will poison water and soil, rendering them sterile. All the same ash in huge volumes will fall into the Earth's atmosphere, which will cause a "volcanic winter" that can kill agriculture all over the planet, leading to massive famine.

Well, and do not forget that the United States will respond to a missile strike on its territory with its own massive nuclear strike, which will contribute to the Apocalypse. Hardly anyone in their minds would like to see such a scenario come true.

But there is another point of view on the possible development of events. Scientists point out that the power of the supervolcano's eruptions is gradually decreasing for a number of reasons. The very first was truly disastrous, since the boiling cauldron of magma was originally covered with a solid rock slab. The pressure under it accumulated for millions of years, until its breakthrough occurred, accompanied by a monstrous explosion. Now the caldera is covered with layers of solidified magma and sedimentary rocks instead of a "dense cover". That is, the initial overwhelming power during the eruption will no longer exist.

It is quite possible that the next one will become a very local "apocalypse" only for the national park itself. In addition, part of the internal stress is released naturally through numerous earthquakes. By the way, the strength of some of these earthquakes is quite comparable to the consequences of a missile strike, but the "cover" has not yet been torn off.

In other words, there is no guarantee that a thermonuclear strike on Yellowstone will give the expected result at all (if the US missile defense system misses it), but this is guaranteed to mean a retaliatory strike by the entire nuclear arsenal of the Pentagon. In general, one can hope for a supervolcano, but it is advisable that the RF Ministry of Defense does not go wrong.
Ctrl Enter
Noticed oshЫbku Highlight text and press. Ctrl + Enter
Reporterin Yandex News
Reporterin Yandex Zen
28 comments
Information
Dear reader, to leave comments on the publication, you must sign in.