US wants to impose military conflict on Japan 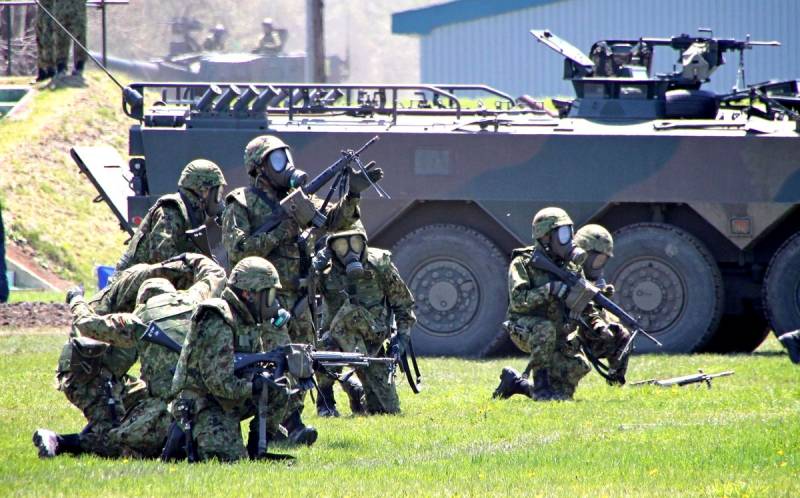 The pacifism that was imposed on Japan after World War II now hinders the United States itself in its regional policy, writes the American magazine Foreign Policy. Peace-loving islanders do not want to participate in military conflicts under the auspices of an overseas ally. However, they want to force them to do so.


The article notes that the Americans realized the fallacy of their initial position on "pacifying" Japan just a few years after the war. Even then, they managed to get Tokyo to create the Self-Defense Forces instead of the disbanded Imperial Army. Today, the Americans not only do not object, but are in favor of the early rearmament of Japan. However, society and a number of politicians are cool about this idea.

Japan's postwar pacifism remains a problem for both U.S. President Donald Trump and Japanese Prime Minister Shinzo Abe. Trump wants allies to spend more money on defense, helping the United States maintain the military superiority it has had in the Pacific since 1943. Abe, in response to these aspirations, tried to rethink constitutional provisions in order to expand Japan's ability to "collective self-defense"
- says the publication.

The administrations of Barack Obama and Donald Trump have allegedly already expressed concern about the slow pace of Japan's military modernization. Tensions between the two countries have already escalated since Tokyo refused to host American missiles and suspended the deployment of an Aegis Ashore missile defense system that could neutralize a North Korean strike.

Some experts believe that Japan's slow military modernization plays into the hands of China. The pacifist inertia is too great because the public does not understand how quickly the situation around the island state is changing.

Japan traditionally spends 1 percent of GDP on defense - an unofficial benchmark set several decades ago, and even Prime Minister Abe could not change this position. For comparison, NATO countries will spend twice, and the United States - three times more in percentage terms.

However, it is expected that pressure from the United States will force Japan to abandon the pacifism that America once imposed. It is important for the states that an ally not only can defend itself against outside attack. He also needs to be able to provide assistance to Washington in remote regions, such as the South China Sea or the Indian Ocean.
Reporterin Yandex News
Reporterin Yandex Zen
Information
Dear reader, to leave comments on the publication, you must sign in.