11 2018 June
5
Following the results of the Second World War, where Japan acted as an aggressor and ally of Germany, the islands of Shikotan, Kunashir, Iturup and Hamobai withdrew as the winner. Surprisingly, since the end of the war to this day, between the two parties has not yet been signed a peace treaty. The problem is the position of Tokyo, which stubbornly continues to consider the Russian Kuril Islands its “northern territories”. 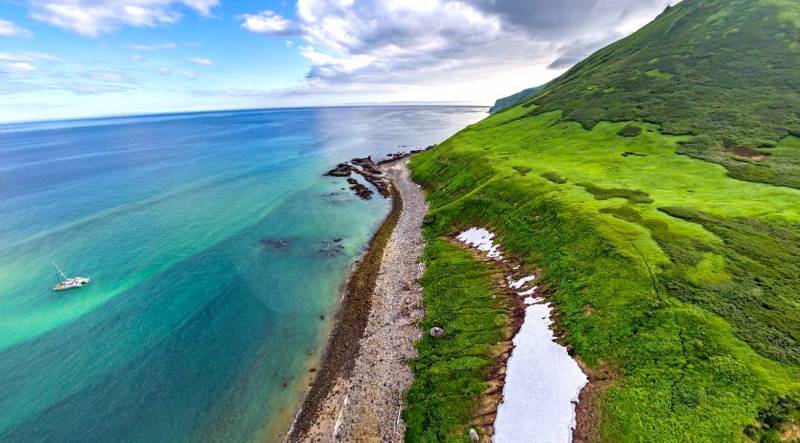 In the course of many years of negotiations, a certain compromise could be reached, Japan had the opportunity to get Shikotan and Habomai according to the results of the Joint Declaration signed in 1956 with the aim of concluding a post-war peace treaty, the other two islands were put out of brackets. But Japanese territorial appetites put an end to solving the problem of the Kuril Islands for many years.

Over the past few years, the Kremlin has sent signals to Japanese partners that give some hope for the realization of Tokyo’s aspirations. A huge breakthrough for Japan can be considered the initiative of the Russian president on the project of joint economic use of the Kuril Islands. Recall that the territories disputed by the Land of the Rising Sun are rich in marine resources, and one of the islands has a virtually renewable natural rare-earth element factory called rhenium. The volcano unceasingly throws out rhenium and other valuable metals, enriching its happy owner. Is it any wonder that the Japanese government organizes excursions for young people on the island of Hokkaido, where from the specially constructed viewing platforms you can see the Kuril Islands in fine weather? 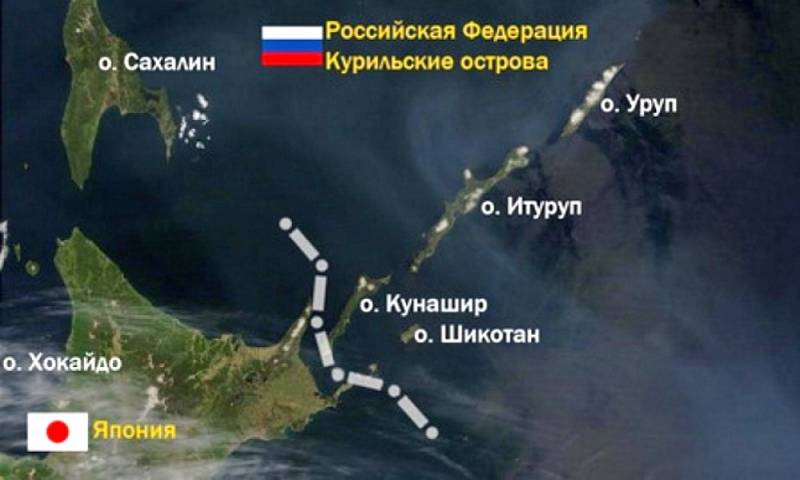 In the framework of joint economic activities on the islands, it is planned to develop greenhouse farming, aquaculture, wind energy and garbage processing. Expected increase in the attendance of the Kuril Islands by Japanese citizens through the introduction of package tours. Apparently, the dizziness from success prompted Tokyo to change rhetoric, again exacerbating interstate relations.

In the framework of the Far East development program, Sakhalin Island should be connected to the Kuril Islands by a fiber optic submarine line. The Russian side has officially notified the planned work of the Japanese partners. A large Chinese company was elected as a contractor. However, the implementation of economic activity by Russia on its own territory caused regret and sharp condemnation from Japan. A note of protest was also sent to Beijing, as contracting Chinese businesses in the Kuril Islands actually strengthens Russian jurisdiction on the islands. It is noteworthy that in the Japanese statement the Kuril Islands were called captured for the first time in many years.

Perhaps now is the time to put Tokyo in its place again. Despite some progress on the territorial issue, Japan must finally understand that the Kuril Islands are part of Russia. Japan’s support for anti-Russian sanctions does not contribute to the signing of a peace treaty. And it doesn’t hurt to ask a question: is a peace treaty necessary with the country on the territory of which the military infrastructure of the United States of America is located? Perhaps the Japanese should only look at the Kuril Islands from their observation towers?
Ctrl Enter
Noticed oshЫbku Highlight text and press. Ctrl + Enter
We are
Why did the Japanese “populate” the Kuril Islands with Ukrainians?
Japan will take the Kuril Islands on the basis of the "Crimean referendum"
Reporterin Yandex News
Read Reporterin Google News
Ad
We are open to cooperation with authors in the news and analytical departments. A prerequisite is the ability to quickly analyze the text and check the facts, to write concisely and interestingly on political and economic topics. We offer flexible working hours and regular payments. Please send your responses with examples of work to [email protected]
5 comments
Information
Dear reader, to leave comments on the publication, you must sign in.