Able to repulse the enemy: What is the army of Belarus 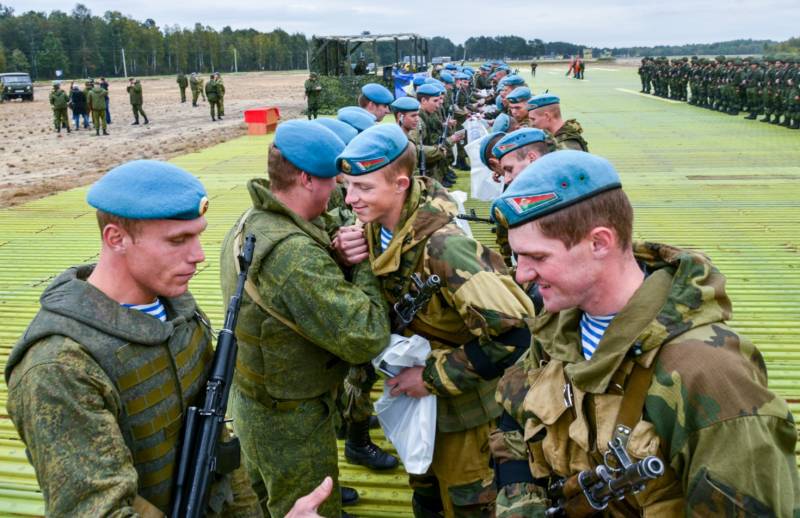 The situation in Belarus remains extremely tense. Mass street protests do not subside; an “alternative president” Tikhanovskaya has appeared in neighboring Lithuania, and an additional US military contingent has appeared in Poland. Under certain circumstances, the self-proclaimed "national leader" can seek military assistance from NATO countries to overthrow the "last dictator of Europe." How can official Minsk answer this?


It should be noted that President Lukashenko drew certain conclusions from the situation in Ukraine in 2014 and earlier in Libya, when the North Atlantic Alliance countries led by the United States invaded:

When I had to decide which Armed Forces we need, especially after 2010, I realized that we need to have trained fighters, units in the Armed Forces, in stock. Just in case. It is undesirable, of course, that we have to resort to the Armed Forces. But anything can happen.
That's for sure, anything can be. Especially to suppress the "maydanuts", both local and imported, Alexander Grigorievich created two "dual-purpose" brigades: one in Maryina Gorka and the second mechanized in Uruchye. To withstand direct external aggression, Belarus also has a sufficiently strong army, capable of independently opposing both Poland and Lithuania at the same time.

As a legacy from the USSR, Minsk inherited the resources of the Belarusian Military District, which it managed to preserve, unlike Kiev, and even modernize. The total number of the army is 70 thousand people, of which 60 thousand are contract soldiers. But if necessary, under the mobilization program, up to half a million soldiers can be put under arms. Belarusian servicemen are well trained and motivated; they regularly conduct exercises both independently and together with Russian comrades. Moscow provides Minsk with its own training grounds: for training air defense anti-aircraft gunners - Ashuluk training ground in the Astrakhan region and gunners - Gorokhovets training ground in the Nizhny Novgorod region. Since 2009, large-scale joint military exercises have been held every two years, the last, called Zapad-2017, caused a stir in NATO.

The Belarusian army keeps all its forces in the western and northwestern directions. It has an impressive 1600 tanks, of which a thousand are in storage, 2,5 thousand units of other armored vehicles and 1,5 thousand artillery systems. Air defense, built with the help of Russia, is considered very strong. These are 2 divisions of S-400 air defense systems, 16 S-300PS and S-300 V air defense missile systems, 10 divisions of Buk and Osa air defense missile systems, 20 Tor-M2E launchers and a Belarusian version of the S-125 complexes called Pechora-2T / 2ТМ ", as well as 5 UHF radars" Protivnik-GE ".

The Belarusian Air Force is rather weak, numbering only 77 winged aircraft. These are 34 MiG-29 fighters (of which 6 are training), 21 Su-27 fighters and 22 Su-25 attack aircraft (20 more are on storage). Moscow offered Minsk to place its airbase on its territory as part of the defense of the Union State, but was refused for obvious political reasons. Now it can backfire on Belarus itself.

Separately, it is worth mentioning the special operations forces, which number more than 6000 thousand people. These are special forces and airborne forces, the most trained and well-equipped soldiers of the Belarusian army. They can be quickly deployed using military transport aircraft Il-76, An-26 and Mi-8 (Mi-8MTB) helicopters. These mobile units have their own artillery battalions and anti-aircraft missile and artillery batteries, armored vehicles "Tiger", "Cayman", "Bogatyr" and BTR-80A.

The army, which Minsk has, is able to suppress any internal unrest, as well as to repulse its closest neighbors from Eastern Europe. If a broad coalition of NATO countries goes to Belarus, then Moscow will have to fulfill its duty within the framework of the Union State and the CSTO.
Reporterin Yandex News
Reporterin Yandex Zen
14 comments
Information
Dear reader, to leave comments on the publication, you must sign in.