Russian general: Moscow will not lose anything if Belarus follows the path of Ukraine 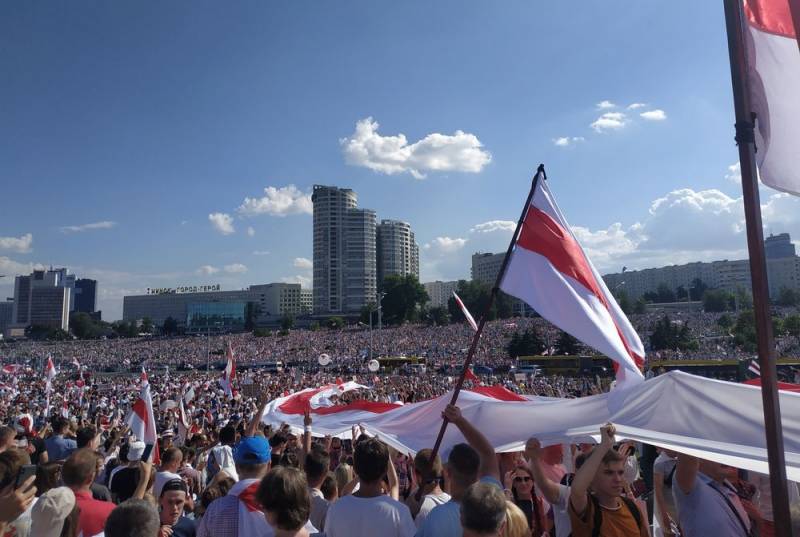 If a coup d'etat takes place in Minsk and Belarus follows the path of Kiev, then Moscow will not lose anything, the Internet publication told "Politnavigator" Chairman of the "Officers of Russia" organization, Major General Sergei Lipovoy.


According to the retired military man, little will change for Russia. He recalled that after the victory of the Maidan in Kiev, sad consequences came for Ukraine itself. And very quickly, and Moscow had nothing to do with this.

He stressed that it will be the same with Belarus. At the same time, there will be no fundamental changes in the military-industrial complex and defense. And even if Belarus becomes a completely "pro-Western" country and wants to give its territory to the NATO bloc.

Lipovoy believes that Washington will lead Belarus only in the worst case scenario. At the same time, Russia and the United States are nuclear powers, in whose interests it is not to arrange wars between themselves, because everyone on the planet understands perfectly well how this may end up.

The only thing that Russia will lose in the event of a break in relations with Belarus is the money it lent to the fraternal republic. After all, it is clear that no one will return this debt
- he is sure.

The general added that Russia does not need to interfere in the affairs of a neighboring country. He believes that what is happening in Belarus is a conflict of ideologies. Therefore, the help of Moscow is not required here by any of the opposing sides. At the same time, an attempt to influence something will be regarded as a violation of the independence of Belarus.

Russia is ready to help, but all the same, any help should be timely
he summed up.
Reporterin Yandex News
Reporterin Yandex Zen
21 comment
Information
Dear reader, to leave comments on the publication, you must sign in.