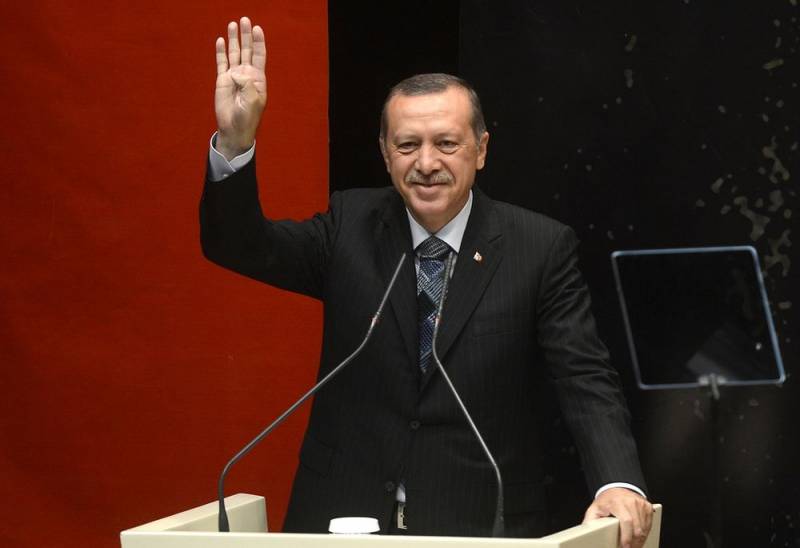 Turkish President Recep Tayyip Erdogan announced that he will soon announce important for the whole country news... The Turkish leader made this statement during the opening ceremony of the Kalyon plant in Ankara, which will produce both components for solar panels and finished panels, Turkish TV channel Haber7 reports.

On Friday (August 21, 2020 - Ed.), We will announce extremely good news to our nation. This will usher in a new era in Turkey
- promised Erdogan.

The president’s intriguing words caused a stir in Turkey, many residents of the country are eagerly awaiting the promised speech, but Turkish experts already guess what Erdogan can tell about. They suggest that the president is preparing to announce the huge oil and gas reserves found near Turkey. Unsurprisingly, petrochemical stocks rose sharply after that.

According to experts, only 5% of the Mediterranean Sea gas reserves can meet the growing needs of Turkey for the next 70 years. But none of them knows for sure what exactly was found and in what volumes. Moreover, it is not known which sea we are talking about: the Black, Aegean or Mediterranean.

Head of the Energy Association economics, Professor Gyurkan Kumbaroglu explained that the Mediterranean and Black Seas are potentially rich in oil and gas. He believes that a new field has been discovered either in the western part of the Black Sea or in the Eastern Mediterranean. The expert noted that Turkey did not invite foreign firms for exploration and drilling, but used the vessels of its national company.

Kumbaroglu specified that when oil is found, gas can also be found, so there is a possibility of finding both. At the same time, long-term contracts for the supply of pipeline gas to Turkey are ending in 2022. Consequently, Ankara itself can turn into a gas exporter if the information about the discovery of a large field is confirmed.
Ctrl Enter
Noticed oshЫbku Highlight text and press. Ctrl + Enter
We are
Erdogan closed the issue of supplying C-400 to Turkey
US State Department: Venezuelan Civil War Scenario Ready
Reporterin Yandex News
Read Reporterin Google News
5 comments
Information
Dear reader, to leave comments on the publication, you must sign in.