From words to deeds: Turkey is ready to radically change the military alignment in Libya 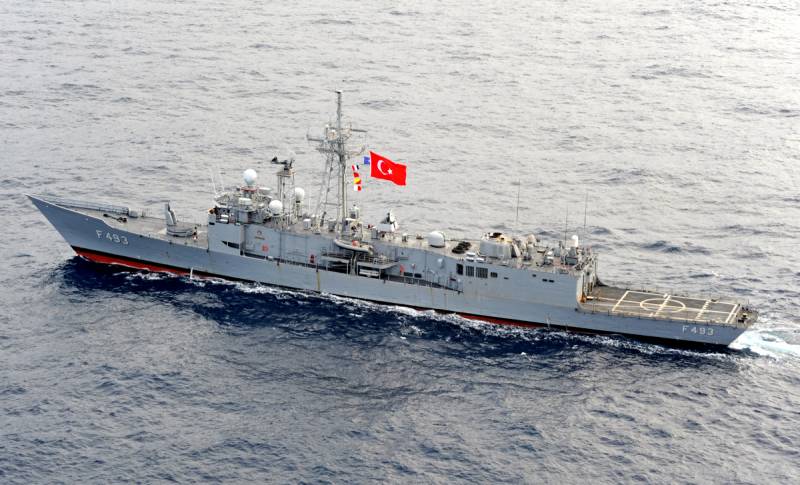 The Libyan campaign entered a new stage, leading to the de facto division of the North African state into Eastern and Western parts. President Erdogan has sharply raised the stakes in the big geopolitical game by signing an agreement with Qatar and the PNC to open a Turkish naval base in the port of Misrata. What did Ankara and Doha manage to achieve by this?


The exact number of the Turkish military contingent in Libya is not known, but the LNA estimates it at 2500-3000. Ankara and Doha will send their instructors to train the PNS militants, as well as provide places for its cadets in their military schools. And the emergence of a new naval base in a strategically important Libyan port will radically change the situation in favor of the official Tripoli and allied Turkey and Qatar.

At first, this will give the allied government of Faiz Saraj a guarantee against military defeat. The Turks have already deployed their air defense systems and drone control center in Libya. The appearance of warships in the port of Misrata, as well as the deployment of the Air Force near the city, will allow them to quickly stop the next "blitzkrieg" from the LNA of Haftar or another group. In essence, this means that the issue of Libya's unity cannot be resolved by force, and the country's future will have to be resolved only through negotiations and mutual concessions.

Secondly, a full-fledged naval base in Tripolitania will provide Turkey with dominance in the Eastern Mediterranean. The entire Libyan coast will in fact be in complete control of Ankara, since Haftar's LNA does not have a combat fleet at all, and the Turkish Navy is one of the strongest in the region. Nothing will prevent President Erdogan from conducting geological exploration and development of the resources of the continental shelf of Libya under the cover of the fleet and army.

Thirdly, Turkey is casting another anchor on the "black continent", in which it is showing great interest. It is no secret that Libya is a former province of the Great Port, but the point is not only in its neo-Ottoman revanchism. Ankara seeks access to the resources of Africa, as well as access to the markets of these countries, and does not hide this. For example, Turkey has opened a large embassy in Somalia, where it prefers to operate through policies "Soft power". A road will open from Libya to Mali, Niger, Chad and other countries, poor, but possessing large reserves of minerals. True, the Turks will collide with the interests of the USA, France and China there, but the "sultan" is not too scared by this yet.

The expansionist activity of President Erdogan is very much disliked by either NATO allies or his neighbors in the Middle East. A broad anti-Turkish coalition has already been formed, about which we are in detail told before.

As for Libya itself, its fate is sad. A logical response to the deployment of a naval base in Misrata will be similar steps from other regional players. Egypt, which is now seen as the main counterweight to Turkey, has already received permission to enter troops, which, most likely, will use it. The once prosperous North African country will be occupied and divided into Western and Eastern parts. However, this will not bring her peace. Neither Field Marshal Haftar nor the Tripolitanian elites, tied to Western business, who are extremely dislike the military and economic expansion of Ankara.
Ctrl Enter
Noticed oshЫbku Highlight text and press. Ctrl + Enter
We are
"Unknown Aviation" began to fight with the Turks in Libya
What prevented Field Marshal Haftar’s Blitzkrieg?
Reporterin Yandex News
Read Reporterin Google News
18 comments
Information
Dear reader, to leave comments on the publication, you must sign in.