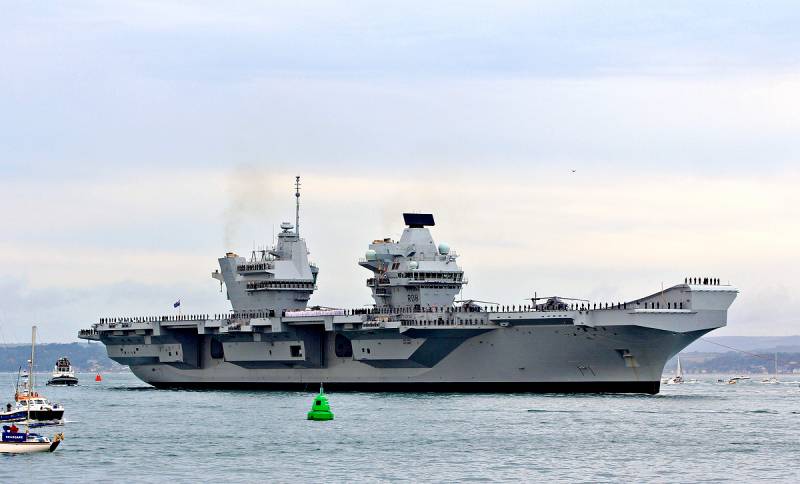 Aircraft carriers are deservedly the pride of the US Navy. No other country has so many AUGs capable of projecting the full "power of American democracy" almost anywhere in the world. Former "ruler of the seas" Great Britain is building its second aircraft carrier. However, the tiny coronavirus showed that a ship with a displacement of 100 thousand tons instantly turns into a floating hospital, and hypersonic missiles make it a great target from a formidable weapon.


Already this is enough to think about whether it is worth getting involved with the construction of aircraft-carrying ships, which cost crazy money and then require constant expensive repairs? By the way, this question is periodically raised by military experts in the United States itself, who believe that it is advisable to reduce the number of AUG. And they have good reasons for this.

Despite the fact that in the US Navy there are 10 aircraft carriers formally in service and one more is in trial operation, last year there was such a situation that only 1 of them was actually combat-ready. It was the CVN-72 Abraham Lincoln on watch in the Middle East. At the same time CVN-77 "George Bush", CVN-73 "George Washington", CVN-71 "Theodore Roosevelt", CVN-76 "Ronald Reagan", CVN-70 "Carl Vinson", CVN-69 "Dwight Eisenhower" "And CVN-68" Nimitz "were undergoing a major overhaul, which, by the way, costs taxpayers a pretty penny. The John C. Stennis was getting ready for a major overhaul, and the Harry Truman was already replacing the Abraham Lincoln, but it had a serious accident along the way.

To repair the electrical circuits, the aircraft carrier had to be deployed back to the base, and the entire escort group followed. It turns out that it is not very effective to drive the entire AUG for the sake of one lead ship, but there is no other way. For the urgent repair of the Truman, workers had to be relocated from other aircraft-carrying giants, which slowed down their maintenance.

With the promising CVN-78 Gerald R. Ford, the story is even more complicated. The ship is constantly haunted by the consequences of design flaws. It took several months to replace the propeller shaft bearings on the already launched aircraft carrier. Then it turned out that only 2 of the 11 elevators that carry ammunition to the deck could operate at the same time. An advanced electromagnetic catapult constantly malfunctions: the manufacturer promised that a failure can occur no more than once every 4166 take-offs, but in reality it happens every 370 take-offs. The efficiency of the aerofinisher also turned out to be ten times lower than the declared one.

As a result, Ford has grown in value due to constant improvements from $ 12,8 billion to $ 15. And this is not the limit. The ship is still undergoing experimental tests, its wing has not yet been formed. By the way, it is rather curious that for themselves the Americans left the proven Super Hornet fighter-bombers for themselves, and the vaunted F-35s are supplied to the British.

The British have no less problems with aircraft carriers. The lead ship in the series of the two, Queen Elizabeth, leaked shortly after being transferred to the United Kingdom Navy in 2017. It had to be returned to dry dock and refurbished for six months. In addition to the leak, a shaft defect was also found. In 2019, the problems were repeated: the aircraft carrier again began to "slurp" the sea water.

At the same time, British ships are much more modest in terms of capabilities than American ones: a displacement of only 65 thousand tons, a gas turbine power plant, an air wing consists of only 24 vertical takeoff and landing aircraft and 18 helicopters, so there is no catapult or an aerofinisher. Because of this, there are no AWACS aircraft on board, the role of which is played by helicopters.

In the end, it turns out that having aircraft carriers in your fleet is very prestigious, but very expensive and problematic, and the practicality of their actual use raises some doubts. There are also questions about quality: have the two great maritime powers, the United States and Great Britain, forgotten how to build good ships? Or did it happen here that a long-term construction is not only a shame for the manufacturer, but also quite profitable?
Reporterin Yandex News
Reporterin Yandex Zen
17 comments
Information
Dear reader, to leave comments on the publication, you must sign in.