What can save the Belarusian industry from complete collapse 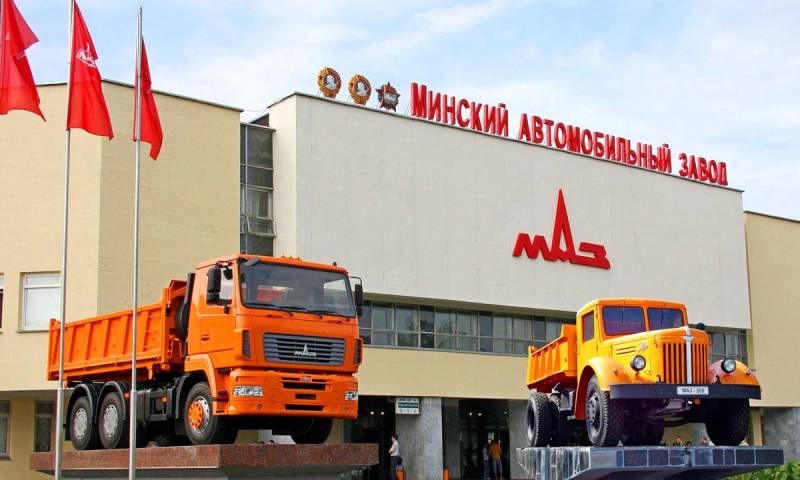 For a week and a half, the Belarusian brothers cannot calm down after the counting of votes in the presidential elections. Fatigue from the irremovable Alexander Lukashenko and resentment for his "incredible" 80,08% of the votes force them to act not quite rationally, harming themselves and their country. In a few weeks, the consequences of the shutdown of Belarusian mines and enterprises will become clear. I would like to call the fraternal people to reason and think about what awaits them in the event that Mrs. Tikhanovskaya comes to power.


And all the delights of the "Ukrainian way" await them, the results of which can be observed for the last 6 years in Nezalezhnaya. A break with Russia will have truly catastrophic consequences for the fraternal people. Belarusian agriculture is export-oriented primarily to our market. If the opposition comes to power, an exchange of mutual sanctions will inevitably begin, and access for Belarus will eventually be closed. In Europe, the products of Belarusian farmers are simply not needed by anyone, there is already fierce internal competition.

Belaruskali holds about 20% of the world market. The export of fertilizers is the only fully autonomous source of dollars for Minsk, since it depends on Moscow for oil products. In the potash market, Belarus is desperately dumping, knocking down the price of competitors from Canada and Russia. Let's imagine that Mrs. Tikhanovskaya actually came to power, and her team began privatization. After all, “Belaruskali” will be the first to go on sale, and Western corporations will buy it at a “partner discount”. And then the mines will simply be closed in order to raise fertilizer prices. And the brothers-Belarusians will go knocking their helmets on the asphalt.

The same can be said about the industrial cluster, which Lukashenka managed to keep intact. MAZ and BelAZ are alive as long as they have access to the Russian and EAEU markets. After the privatization by Western TNCs, it will be easier for them to “optimize” these car production facilities, or even close them altogether. The vacant niche will be occupied by Caterpillar, Komatsu and John Deere.

Today the citizens of Belarus are dissatisfied with Alexander Grigorievich for a noticeable decline in the standard of living. But they do not yet understand that if the opposition wins, they will have to expedite through our "nineties" with massive unemployment and impoverishment of the population. In 3-5 years, they themselves will recall with nostalgia the “stagnation” of the Lukashenka period. Are there any alternatives to this? Of course have.

Today Belarus finds itself between two fires. Most likely, it will no longer be able to maintain full state control over industry and resources. If pro-Western forces gain the upper hand in Minsk, a "big privatization" is inevitable, followed by the liquidation of industries competing with TNK products and the closure of mines. Defense enterprises working for the Russian and Chinese military-industrial complex will also go under the knife. If Belarus remains in the sphere of influence of Russia and begins to integrate in the format of the Union State, its prospects will be much better.

Yes, large domestic business will come to participate in the privatization processes, but the situation in our the economy is such that it is extremely profitable to preserve and modernize these industries. The Kremlin is objectively interested in import substitution and reducing dependence on Western of technologies and accessories. Unlike the pro-Western opposition, they will no longer be allowed to liquidate the Belarusian industry. Also, together, Moscow and Minsk will again be able to dictate their terms, for example, on the potash fertilizers market. Until 2013, the price of potash in Asia reached $ 1000 per ton, now Belarusians sell it for $ 220, which puts a spoke in the wheels of Russia and other suppliers. Cooperation between the two allied countries could bring prices back to a comfortable level.
Reporterin Yandex News
Reporterin Yandex Zen
14 comments
Information
Dear reader, to leave comments on the publication, you must sign in.