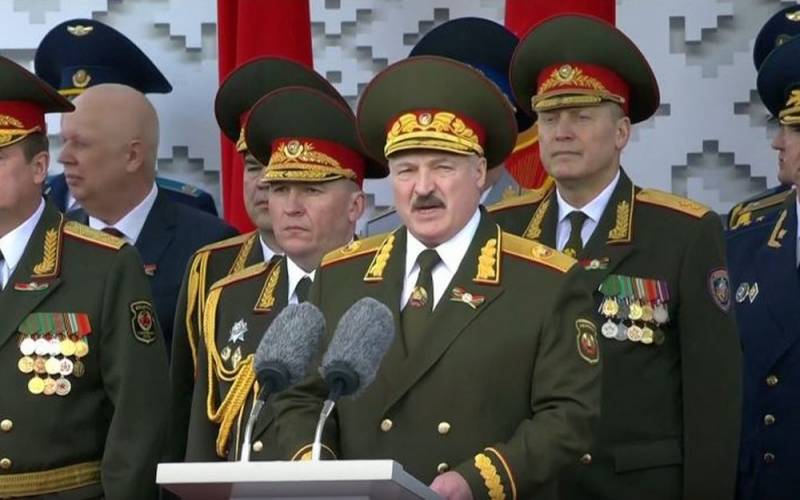 The Russian politician and leader of the Essence of Time movement Sergei Kurginyan, on the air of the Solovyov LIVE YouTube channel, named the mistakes of the Belarusian leader Alexander Lukashenko, which are pushing his country to the Maidan.

I continue to insist that he (Lukashenko - ed.), Today, is the lesser of those evils that exist. But this does not mean that we (Russia - ed.) Have the right, seeing how it fails, to cling to it. In what ways? We don't even have tools
- considers Kurginyan.

The politician stressed that arguments about Russia's support for Lukashenka with the help of the CSTO make no sense. He noted that Moscow is now losing the fight to the West for some CIS states, in particular Armenia. But in Belarus there is a "live process", and Lukashenko does not look like the former President of Ukraine Viktor Yanukovych and demonstrates his readiness to fight. However, there is a feeling that Lukashenka does not understand at all how this is done and makes mistakes. He drew attention to the illiterate actions of Lukashenka's entourage.

Who brought him to the plant (MZKT - ed.), Where they shout to him: "Go away"? There are no other factories - don't go. Immediately, the people who did this should be fired. And other people who are ready to fight and know how to do it should be called. Goes политическая war. You cannot win a political war by non-political means
he explained correctly.

Kurginyan drew attention to the unreliability of Lukashenka's power bloc. In his opinion, the "guardsmen" may fear that their leader will betray them. But the main thing is that Lukashenka does not demonstrate popular support, without which he will not be able to stay in power.

Where is his political support base? Okay, not a party, so what? Some kind of coalition of industrialists? Who has not turned away from him now? If everyone turned away from him, then the next will be the security forces. He will not hold on to bayonets for long. As you know, this is something you can't sit on. This is not a chair. They do not sit on this subject
he added logically.

Kurginyan specified that he does not see the work of the pro-Lukashenka mass media ready to wage an information war. If Lukashenka loses, then processes will begin in Belarus that many will not like.

He has two or three days for this. I don't think he has already lost everything. Before that, I said that he lost by 20%. Now I can say that he lost 70%. He loses every day because of the inadequacy of his personal and his team
he pointed out.


The politician believes that the President of Belarus urgently needs to organize a recount and demonstrate to the public and experts all the protocols from the polling stations. This is not at all difficult to do and why it was not done before is not clear, because such a move will instantly knock the foundation out of the opposition, who claim that the election results were rigged. Each protocol contains the signatures of representatives from all candidates.