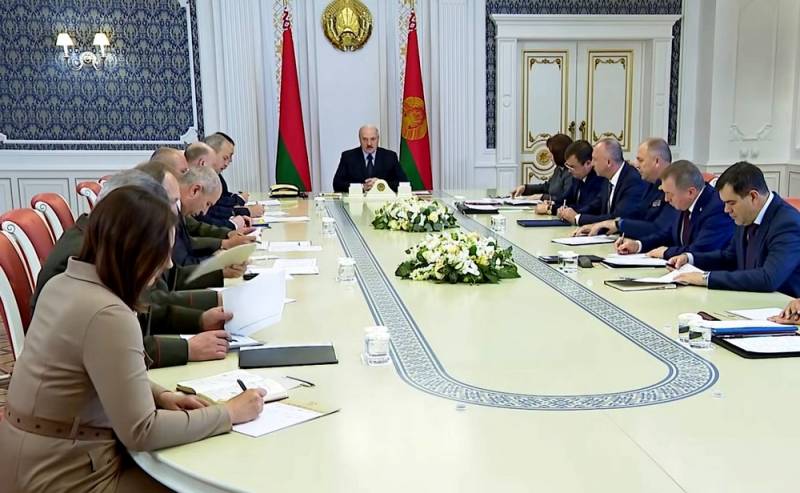 Political President Lukashenko's regime is almost doomed. The second week of the ever-increasing mass protests showed that he was hopelessly losing the "street". The rally held in his favor does not in any way show the real support of the people in 80,08%. Now the head of state is separated from the rebellious population only by the shields of the security forces and the backs of people "in civilian clothes." But is it worth Alexander Grigorievich to rely on them so much?


Analyzing the rule of President Lukashenko, which took more than a quarter of a century, it should be noted that he did not allow openly predatory privatization and the emergence of a narrow class of oligarchs, as happened in Russia and Ukraine. In a sense, Belarus is a variation on the theme of the late USSR. And now, apparently, this is what can make people in high offices and with big stars on their epaulets turn their backs on him, who earlier, in pursuit of profit, allowed three drunken men in Belovezhskaya Pushcha to destroy the Soviet Union, having made a great deal of it.

It is no secret that the key industrial enterprises of Belarus are state-owned, since Minsk was able to retain control over them. In theory, it is the state employees who should be the mainstay of President Lukashenko, but factories and factories are on strike en masse. It is significant that their leadership does not prevent this in the least. For example, Aleksey Rimashevsky, director of the Minsk Wheel Tractor Plant (MZKT), publicly declares that Alexander Grigorievich lost the election. Just amazing disloyalty to the current government in the country, which is ruled by the "last dictator of Europe."

However, the chest can be opened very easily. Lukashenko's departure and his replacement with the openly pro-Western Svetlana Tikhanovskaya will be the beginning of the global privatization process. As is often the case, it is the directors themselves, their families, friends and business partners who will benefit most from this. With the resignation of the president, Belarus will speedily pass what he has been saving it from for more than a quarter of a century. The further fate of these enterprises is unlikely to be brilliant. After privatization, Western transnational companies will take control of them, or even close them altogether. Let us remind you that quite recently the Americans were able to "wrestle" the control over Rusal from the billionaire Deripaska, and even closeness to the Kremlin did not help him, rather, on the contrary.

It is clear that the directors' ambitions alone are not enough for a coup d'etat; a forceful cover is needed. In Ukraine, the Maidan took place largely with the connivance of local security officials and officials who chose not to fulfill their official duty. The Belarusian police are valiantly dispersing the protesters, but the position of the KGB and its head Valery Vakulchik may be no less important. It was under him that relations between Minsk and Moscow began to deteriorate rapidly: work was carried out against the Russian ambassador Mikhail Babich, and the Committee provided "incontestable evidence" that the detained 33 PMC fighters were "Wagnerites". Under Vakulchik, who, in theory, should ensure the stability of the constitutional order, numerous foreign NGOs flourished and Belarusian nationalists raised their heads. 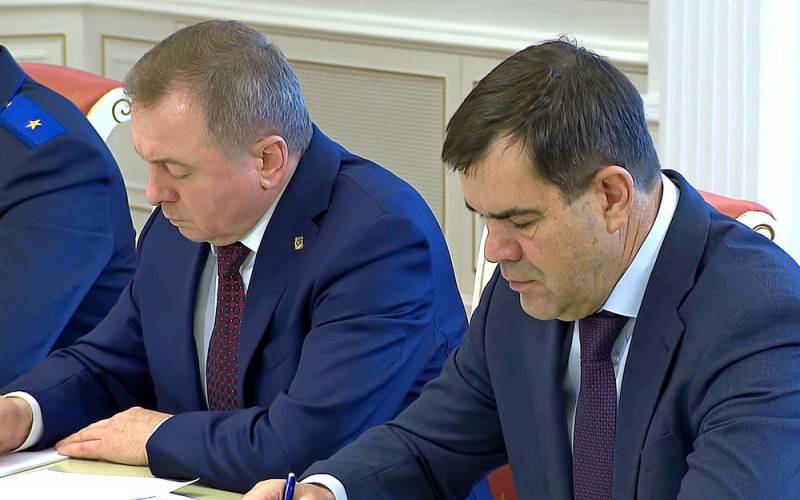 The tandem of Vakulchik and Vladimir Makei is especially worth mentioning. "Ulitsa" stands up for the non-systemic oppositionist Tikhanovskaya, but any real behind-the-scenes game requires its own "gray eminence". The head of the Belarusian Foreign Ministry Vladimir Makei is now called as such. He is considered a supporter of rapprochement with the West, it was Makei who brought Mike Pompeo to Minsk. In case of Lukashenka's resignation, the Minister of Foreign Affairs of the Republic of Belarus may head the transitional government.

So, we have outlined the general outlines. In order for all this to start moving, an additional external impetus is needed. And he is. The well-known Belarus channel NEXTA, broadcasting from a neighboring European country, has been seen organizing and coordinating street protests. Its administrators admit:

The EU is preparing to provide assistance to all striking workers in Belarus. This will go together with sanctions against Lukashenka's entourage ... People also collect money for the strikers and are ready to support them. There are many funds, the money is replenished daily. Do not be afraid!
In general, Alexander Grigorievich alone cannot withstand. Deception, cowardice and betrayal are all around. He has only one way out - real integration with Russia. He himself can no longer hold Belarus.
Reporterin Yandex News
Reporterin Yandex Zen
45 comments
Information
Dear reader, to leave comments on the publication, you must sign in.