Thermonuclear reactor warmed up to the temperature of the Sun

9 2018 June
3
Earlier, we have repeatedly talked about the attempts of scientists to curb the energy of stars with the help of thermonuclear reactors. And now the British company Tokamak Energy has achieved some success in this field. They managed to warm up the installation to 15 million degrees Celsius, that is, in fact, to the temperature inside the solar core. 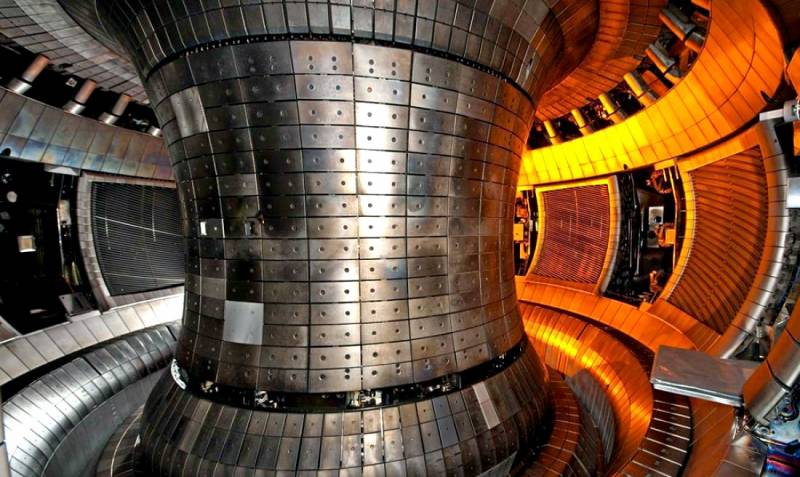 Based on the name of the company, it becomes clear that their reactor is based on technology tokamak, which is based on the retention of hot plasma with the help of a powerful magnetic field created by an electromagnet. In this way, the conditions for thermonuclear fusion are maintained, in which the light nuclei of deuterium and tritium combine and form heavier helium. The process occurs with the release of a huge amount of thermal energy, it is on this principle that the "work" of many stars, including our Sun, is based.

Scientists with Tokamak Energy do not intend to stop there - they plan to further increase the temperature, this time to 100 million degrees. This is planned to be done using the compression fusion process, when an electric current is launched through two symmetrical coils, thereby forming two plasma rings around them. After turning off the current, the two rings are connected into one, while releasing a significant amount of heat and heating the plasma.
Ctrl Enter
Noticed oshЫbku Highlight text and press. Ctrl + Enter
We are
Endless energy: US nuclear scientists sentenced Russia
US is preparing a thermonuclear breakthrough
Reporterin Yandex News
Read Reporterin Google News
3 comments
Information
Dear reader, to leave comments on the publication, you must sign in.