From "Orlan" to "Buyan": the future of the Russian Navy for small ships? 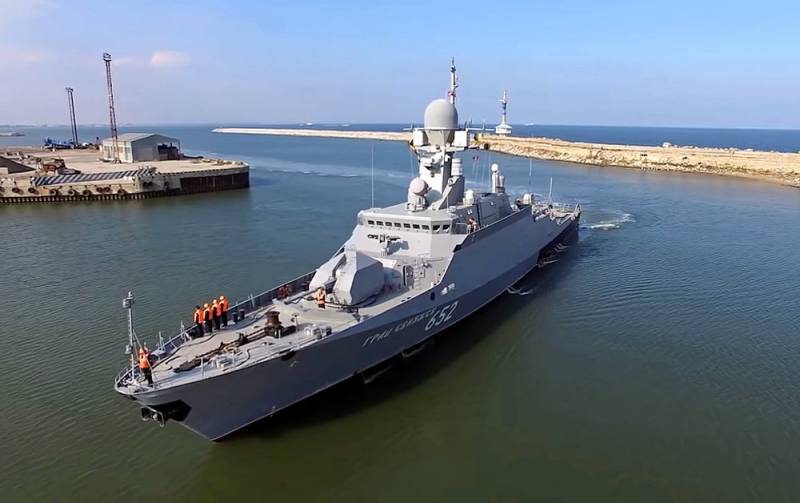 A month ago, a parade was held in our country in honor of the Day of the Russian Navy. The frigate Admiral of the Fleet Kasatonov, the large landing ship Pyotr Morgunov, the submarine Petropavlovsk-Kamchatsky and others marched in the city on the Neva. Everything was very nice, but it makes you think about the vector of the further development of the Russian Navy.


The huge size of our country is a great advantage, but at the same time a disadvantage. To protect the maritime borders, it is necessary to maintain simultaneously four fleets and one flotilla. Because of this, our Navy is seriously inferior to regional players in terms of numbers and capabilities. For example, the Japanese fleet is superior to ours in the Pacific Ocean, and the Turkish fleet is superior to the Russian Black Sea Fleet. NATO clearly dominates the Baltic. At the same time, the surface component of the Russian Navy has greatly decreased over the decades of "reforms", and only in recent years has a visible recovery begun. The key question is - in what direction should our Navy develop, what tasks should it face?

It is quite obvious that in the foreseeable future Russia will not have its own aircraft carriers. There is nowhere to build them, there is nothing and there is no particular need, since the external policy Moscow does not imply the need to send punitive raids to pacify the aborigines with "humanitarian bombing". The only domestic aircraft-carrying cruiser "Admiral Kuznetsov", which does not leave the state of permanent repair, can be safely taken as brackets. At best, he is destined for the fate of a training ship for training pilots of naval aviation.

We have serious problems with ships capable of operating in the far sea zone. The program for the construction of a nuclear powered destroyer "Leader" has been frozen. After the severance of industrial ties with Ukraine, difficulties arose with power plants for frigates. Reported that the project of the frigate "super-Gorshkov" was also paused, but after появились information that work on it is still continuing. It remains to be hoped that this promising warship will be launched in a few years.

Until then, it makes sense to turn to the Soviet legacy. Russia inherited from the USSR 4 heavy nuclear cruisers of the Orlan project. Peter the Great serves as the flagship of the Northern Fleet. The second ship of the series, "Admiral Nakhimov", is undergoing deep modernization. "Admiral Ushakov" is not possible to return to service, but the last, "Admiral Lazarev", can still be restored. The cruiser is in the Far East, and in the event of a major overhaul, she could lead the Pacific Fleet, about which we are in detail told earlier. The appearance of such a powerful ship as part of a formation will dramatically increase its stability and combat capabilities.

Finally, with the development of missile weapons, one can take a fresh look at the small ships of Project 21631 Buyan-M. You won't get into the distant sea zone with them, but, being in the near one, they are capable of delivering effective strikes with Caliber cruise missiles, and in the long run - with hypersonic Zircon missiles. 9 such vessels have already been built, 3 more are planned. They will perfectly cope with the task of protecting maritime borders, while in fact they are capable of much more.

In general, the transformation into a striking force of small vessels is a very interesting direction. In the United States, for example, they are considering the possibility of creating unmanned ships, which are a floating "clip" stuffed with missiles. In Russia, work is underway to install standardized launch containers with missiles on ships of different classes: from boats and corvettes to patrol ships and icebreakers. Being united in a single network-centric grouping, such a "mosquito fleet", equipped with the most modern missiles, becomes a very serious argument.
Reporterin Yandex News
Reporterin Yandex Zen
16 comments
Information
Dear reader, to leave comments on the publication, you must sign in.