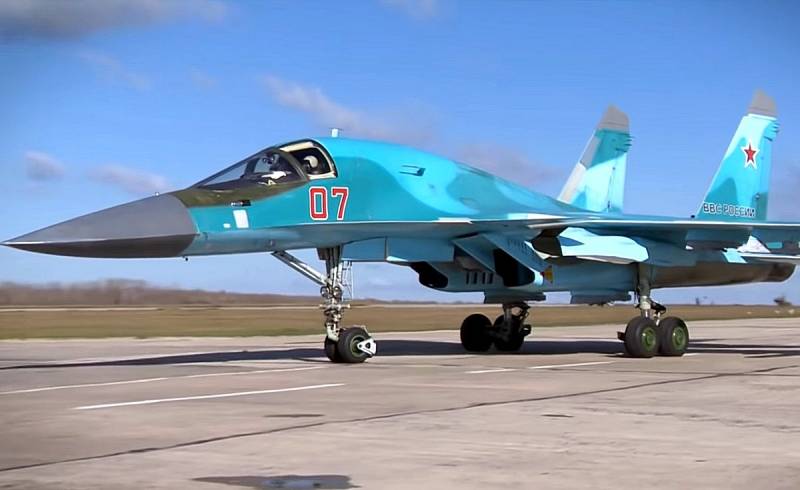 The most technically advanced aircraft of the Russian aerospace forces can be considered the Su-34 bomber, and its use in Syria only confirms this fact. The American magazine The National Interest writes about this.


The Su-34 concept is not new. Its development began in the 1980s, but stalled due to lack of funding after the collapse of the Soviet Union. The Su-34 production program was revived only by 2005, but many of its main components were outdated by that time.

Instead of completely abandoning the Su-34 platform, the Russian Aerospace Forces decided to modernize it with the same updated avionics kit as many Soviet-era aircraft: digitized on-board displays, improvements to the navigation system, and expanded capabilities of the electronic warfare (EW) complex. The latter became the most important direction in the development of the Su-34. According to Russian engineers, the Su-34 can provide such effective cover for an entire group of fighters that they "will simply disappear from the enemy's radar."

The offensive potential of the Su-34 was improved in proportion to the development of Russian of technologies... The aircraft boasts twelve hardpoints designed to accommodate anti-ship, anti-aircraft missiles, and a wide range of ammunition for ground strikes. The Su-34, equipped with air-to-air missiles, was first used in Syria as part of Russian containment measures in response to the Su-24 fighter jet shot down by Turkey in November 2015.

In connection with the modernization program, the Russian Aerospace Forces are trying to keep the Su-34 as the main tactical bomber for decades to come.
Reporterin Yandex News
Reporterin Yandex Zen
3 comments
Information
Dear reader, to leave comments on the publication, you must sign in.