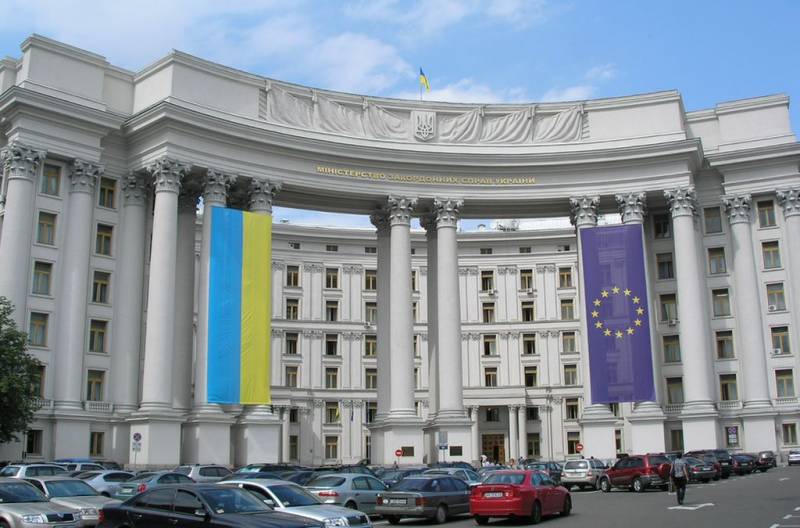 The Ukrainian Foreign Ministry expresses concern that the Belarusian leader Alexander Lukashenko returned the Russians detained near Minsk to Moscow and accused the Ukrainians of organizing the riots in Belarus. This is stated in an official comment posted on the ministry's website.


The Foreign Ministry stressed that "peaceful protests" are taking place in the neighboring country because of people's disagreement with the results of the past presidential elections.

We are outraged that the president of a friendly state accuses the Ukrainians of destabilizing the situation in Belarus. There is no evidence for this.
- said in a statement.

At the same time, the Ukrainian foreign policy department drew attention to the fact that Kiev had earlier transferred to Minsk “evidence of the participation of the Wagner PMC mercenaries in terrorist activities. The Ukrainian side wanted “the criminals to be just punished,” therefore all information was detailed in the requests for extradition of these persons, but Minsk ignored them.

The ministry stressed that “the Belarusian authorities blessed the“ Wagnerites ”and returned them to Russia. Supposedly now they will be able to continue their illegal activities in other countries.

Before that, their regret over the decision of the Belarusian authorities to transfer previously detained citizens of this country to Russia was expressed in the office of Ukrainian President Volodymyr Zelensky.

In turn, the Prosecutor General's Office of Russia said that the transfer of the Russians took place in strict accordance with the norms of international law, as well as Russian and Belarusian legislation.


At the same time, on August 14, 2020, President Lukashenko announced that aggression was being carried out against his country.
Reporterin Yandex News
Reporterin Yandex Zen
2 comments
Information
Dear reader, to leave comments on the publication, you must sign in.