Why Power of Siberia is losing importance for China 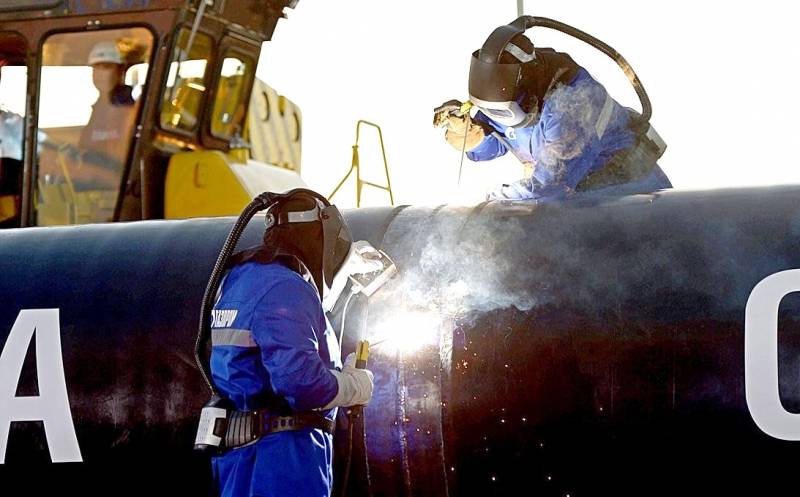 Gazprom is facing new problems, this time in the eastern direction. China, which a few years ago was considered as an alternative to the European sales market, is actively increasing its own production and import of LNG. At the same time, the Russian monopolist is being squeezed by the Russian competitor Novatek.


Last year, the inauguration of the widely advertised Power of Siberia gas pipeline took place, which was supposed to supply China with 38 billion cubic meters of "blue fuel" as it reached its design capacity. The main markets for it are the north, east and north-east of China. The cost of the project has gradually increased from 800 billion rubles to 1,1 trillion. The grand launch took place on December 2, 2019.

However, a serious scandal occurred a few months ago. The press got information from a certain "secret report" that serious mistakes were made during geological exploration and subsequent drilling. Because of this, the real reserves of the Chayandinskoye field turned out to be significantly less than predicted, dozens of wells are not able to reach the design level, some are simply "dry". If this data is correct, Gazprom simply cannot meet its $ 400 billion contractual obligations to the discerning Chinese.

An indirect confirmation of this sad information can be considered the fact that the people responsible for the development of the Chayandinskoye field were fired from the corporation, and the gas pipeline is really only partially filled. In addition, without waiting for the signing of a contract with Beijing, Gazprom hastily started design and exploration work on the Power of Siberia-2 gas pipeline, which is supposed to exploit well-researched fields in Western Siberia. It is believed that a bridge could be built between the two Forces to compensate for the supplies through the first pipeline.

All this is very sad, but it only confirms doubts about the professional level of some highly paid top managers of domestic state corporations. The aforementioned "secret report" stated that the head of Gazprom, Alexei Miller, was aware of the problems, but set the task to enter the Chinese market at all costs. As you can see, now this hasty decision is going sideways for the country.
As for the positions of the monopolist in China, they are gradually beginning to shake.

At firstChina is actively increasing its LNG imports, which are cheaper than ever today. For example, at the receiving terminal of Zhoushan, work is underway to increase its capacity by three times; from it in the direction of the city of Ningbo, an 81 km long underwater gas pipeline Yongzhou is being built. By the way, on the LNG market the state-owned Gazprom is actively pushing the Russian private Novatek of Mr. Mikhelson with his Yamal LNG projects and the promising Arctic LNG-2.

SecondlyBeijing is just as active in developing its own gas reserves. By the way, in terms of shale gas reserves, the Celestial Empire is in first place in the world, in coal bed methane (CBM) - in third place. The main challenge is that Chinese oil shale is difficult to recover, and its development requires the most advanced of technologies... China encourages the development of its own resources in every possible way: the tax on the extraction of "shale" has been reduced by 30%, a program of state subsidies has been introduced. Not relying only on their own strengths, the Chinese allowed foreign companies to develop.

Taken together, this means that Gazprom's energy projects are gradually beginning to turn into "reserve" gas pipelines for the Celestial Empire, capable of insuring against aggravation of relations with the United States and blockade of LNG supplies by sea.
Ctrl Enter
Noticed oshЫbku Highlight text and press. Ctrl + Enter
We are
Only China is the winner: “The Power of Siberia” will hardly pay off in 30 years
Peace enforcement operation. Russia inflicts a preemptive strike on Kiev
Reporterin Yandex News
Read Reporterin Google News
15 comments
Information
Dear reader, to leave comments on the publication, you must sign in.