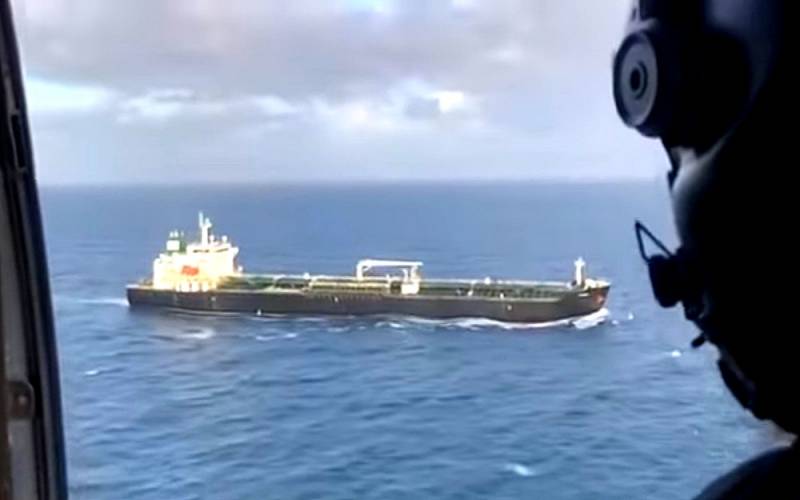 
A month ago, federal prosecutors in the American capital filed a complaint about the seizure of property, insisting that the fuel was sold by Iranian businessman Mahmoud Madanipur - he, according to authorities, has ties to the Islamic Revolutionary Guard Corps in Iran. On the territory of the United States, this organization is recognized as terrorist.

The four ships transported 1,1 million barrels of petroleum products to Venezuela, officials said. But the tankers never made it to this Latin American country, missing in action. The two ships are later seen off the coast of Cape Verde. Where the ships are currently located is not known for certain.

According to a source from The Wall Street Journal, four ships - Bella, Pandy, Luna and Bering - are now heading towards Houston.

In July, Iranian authorities announced the failure of American plans to blockade Venezuela and stop Tehran's oil supplies to Caracas. A month earlier, the Office of Foreign Assets Control of the US Treasury Department put four ships and four companies on the list of sanctions for the delivery of Iranian oil products to Venezuela.
Reporterin Yandex News
Reporterin Yandex Zen
7 comments
Information
Dear reader, to leave comments on the publication, you must sign in.