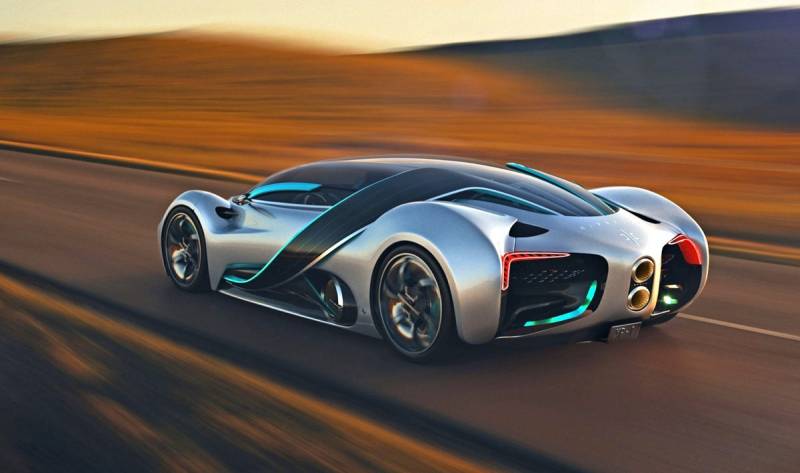 A hydrogen supercar called XP-1, capable of driving up to 1635 km on "one tank", was presented by the American company Hyperion. The introduction of the novelty to the general public was supposed to take place back in April, but then the presentation was canceled due to the coronavirus pandemic, and now the car was shown online.


Hyperion says it can accelerate to 60 mph in just 2,2 seconds. At the same time, one recharge of hydrogen fuel cells with a proton exchange membrane, which takes only 5 minutes, is enough to cover a distance of 1016 miles. For comparison, the range of the Hyundai Nexo and Toyota Mirai, which operate on similar fuel cells, does not exceed 644 km.

However, the above-described advantage comes at a price. Considering that the new product will require almost three times more hydrogen supply, which takes up a significant amount, the developers had to sacrifice the internal space of the car.

The supercar's adjustable independent suspension is made of ultra-light aerospace aluminum alloy. The hydraulics are responsible for the ride height. The XP-1's movable fenders are fitted with high-density solar panels to provide additional power to the vehicle.


The electric motors driving all four wheels are connected to hydrogen fuel cells. The car's stability at high speeds is ensured by a composite diffuser and air intake, which redirect the oncoming flow.

According to the CEO of Hyperion, Angelo Kafantaris, the potential of hydrogen fuel is limitless and in the future it will revolutionize the energy sector.

The start of serial assembly of the XP-1 is scheduled for 2022. The company plans to build around 300 hydrogen supercars.
Reporterin Yandex News
Reporterin Yandex Zen
5 comments
Information
Dear reader, to leave comments on the publication, you must sign in.