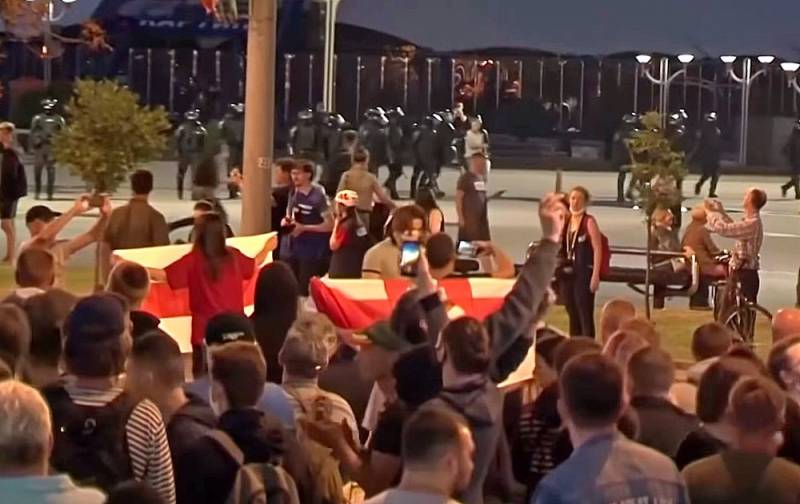 
The authorities of Lithuania, Latvia and Poland presented an ultimatum to Lukashenka and demanded the creation of a National Council for effective interaction with civil society - otherwise Minsk faces painful sanctions. The rhetoric of the Balts and Poles was supported by the Germans - German Foreign Minister Heiko Maas also did not rule out sanctions against Belarus.

Within the framework of such policy the Belarusian state may be denied access to world capital markets - experts from the S&P rating agency warn about this. Such measures were implemented in 2010 - the government of Belarus was then prohibited from borrowing money from other countries and refinancing its debts. It is possible that similar sanctions will be imposed this time too - this can be very sensitive for economics country.

The fact is that the amount of Belarus's external debt is almost $ 40 billion (data as of April 1 this year), of which almost $ 20 billion is the debt of corporations and the banking sector. And the reserves of the National Bank of the Republic of Belarus amount to only $ 9 billion, of which real currency is only $ 4 billion, the rest is gold and other assets. Payments on these debts have already turned into a headache for the Ministry of Finance of Belarus, and what will happen in the conditions of sanctions?

Thus, the problems of almost 40 billion dollars, which the West has threatened Minsk, can hurt the state and its citizens.
Ctrl Enter
Noticed oshЫbku Highlight text and press. Ctrl + Enter
We are
Berlin called relations with the US “complicated” and recognized China as a future superpower
PACE: Russophobes remained in the minority
Reporterin Yandex News
Read Reporterin Google News
10 comments
Information
Dear reader, to leave comments on the publication, you must sign in.