Ukrainian S-125 "Pechora-2D" will cover the missile attack on Sevastopol? 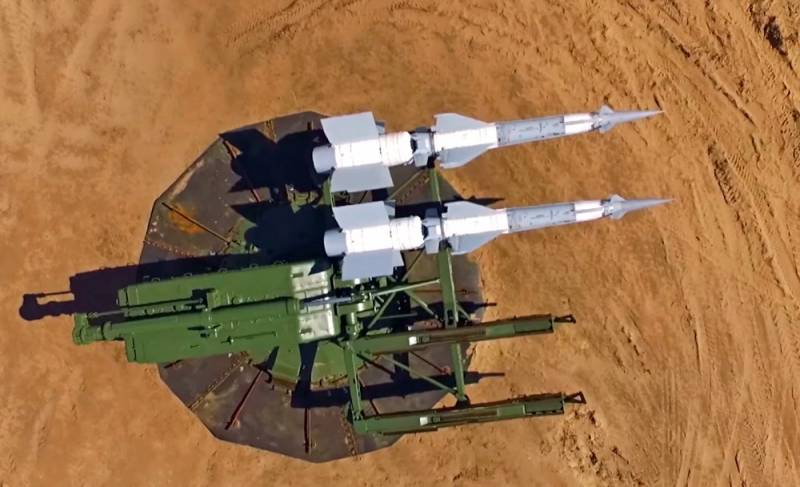 Ukraine is actively re-equipping its anti-aircraft troops, but doing so in a rather unusual way. Rejecting the rather "second-hand", but still quite modern S-300 complexes, Nezalezhnaya puts into service the much more ancient S-125 "Pechora". What could be the reason for such a choice?


S-125 "Pechora" (this is an export name, and the original one sounds like "Neva") is a short-range air defense missile system, which went into operation back in 1961. The first complexes made it possible to hit one target flying at a speed of up to 560 m / s with two missiles. After the "Neva" was repeatedly modernized, more than 400 units under the name "Pechora" were exported to different countries. Despite its venerable age, this is a fairly effective anti-aircraft system. The Russian Pechora-2M can even be used against cruise missiles. In 2001, Poland made its own modification of the Newa SC. Ten years ago, the Pechora-2D, which we are talking about, was tested in Ukraine.

After modernization, its tactical and technical characteristics have improved significantly. In 2018, at the training ground in the Kherson region, firing took place using an upgraded 5V27D-M1 rocket. The Ukrainian air defense forces received 5 C-125 divisions, which covered the nuclear power plant and the infrastructure of the Dnipro HPP. All this activity can bring a smile to someone, since no one in the RF Ministry of Defense in his mind would begin to strike a nuclear power plant or dams. But everything is a little more complicated, and these objects most likely serve to divert attention from the main task of the Pechora.

At first, in the Ukrainian specialized press, there were hints of tacit military cooperation with Belarus. Our partners release their mobile versions of the C-125. Minsk produces excellent tractors, which are widely used in the Russian troops. The development of air defense systems in Ukraine is classified, it is possible that, under a veil of secrecy, Belarusian friends will help Independent to acquire mobile anti-aircraft systems.

This, of course, is not the S-400, but the Pechora will be able to fulfill its tasks. The well-known American publication Military Watch recalls that the C-125 has the F-16 Fighting Falcon of the Israeli Air Force, the F-117 stealth bomber in Yugoslavia, the US Air Force B-52 bomber in Vietnam, the MQ-1 Predator UAV and cruise missiles, which shot down by the Syrian army. The Ukrainian "Pechora-2D" is capable of operating at a distance of up to 40 kilometers, and these indicators can be further increased through the use of modern imported electronics. In other words, it is a reliable and inexpensive platform that can be upgraded further.

Secondly, it is worth paying attention to where exactly Pechora will be used. Ukrainian military expert Mikhail Zhirokhov writes the following about this:

In our conditions, as in the case of the anti-aircraft C-125 in general, this is such a budgetary and quick option for strengthening the defense of the coast of the Azov and Black Seas.
So, the real sphere of application is the Black Sea and Azov coasts. And now rememberthat the aforementioned Zhirokhov spoke about the Neptune anti-ship missiles, which are capable of hitting targets in Sevastopol and Novorossiysk. Then this gentleman complained that there was no one to cover the launchers with anti-ship missiles from the Russian aviation, which reigns supreme in the skies in the Crimea region. But now it turns out that the Armed Forces of Ukraine will have their own budget and mobile air defense systems, which are capable of covering the launches of Neptuns in kamikaze mode.

The picture taught is completely different, and it is no longer a laughing matter.
Reporterin Yandex News
Reporterin Yandex Zen
7 comments
Information
Dear reader, to leave comments on the publication, you must sign in.