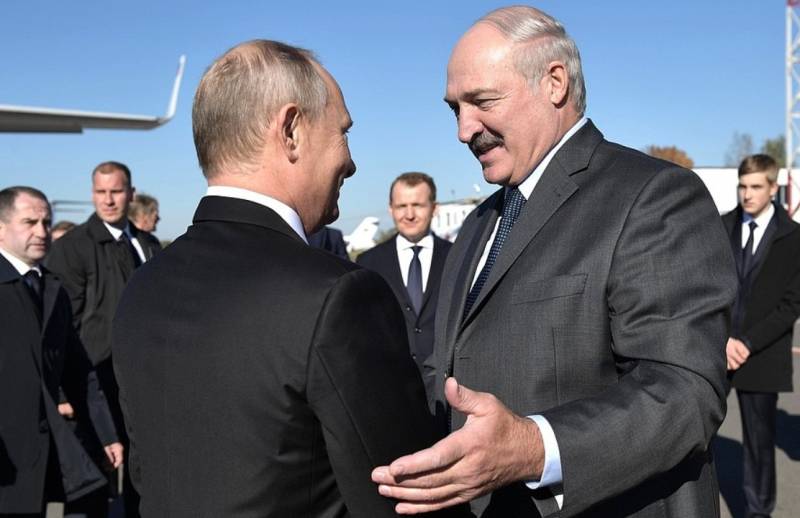 The events taking place in Belarus are constantly compared with the Ukrainian Maidan of 2014. There are indeed enough external similarities, but there is one important difference: President Lukashenko is definitely not Viktor Yanukovych, so the previous recipes for overthrowing the government do not work against him. What did the enemies come up with this time?


Maidan in Kiev won when several factors developed at once. Ukrainian millionaires have banded together against the billionaires in power to become billionaires themselves. They used the discontent of the population, which Yanukovych first beckoned with tales of a sweet life, as in the EU, and then changed his shoes. Americans and Europeans gave the protesters strong, unequivocal support, and the Ukrainian security forces chose to modestly stand aside. The result is known: Viktor Yanukovych fled the country, and Nezalezhnaya finally turned into AntiRussia.

In Belarus, this number has not yet passed. President Lukashenko harshly crushes the protests with the help of special forces, he did not allow the center of Minsk to be turned into a tent camp for farmers. The authorities turned off social networks and instant messengers, preventing the “children” from being able to coordinate. The most rabid activists among them were detained. Does this mean that the Belarusian Maidan has failed?

Unfortunately, things are a little more complicated. It is worth paying attention to the words of Anna Krasulina, the press secretary of the fugitive presidential candidate Svetlana Tikhanovskaya:

We immediately tuned in to decentralized protests. Moreover, it became clear yesterday that a large number of enterprises are going on strike. All this is designed for a long game. The authorities should not think that they have jumped out of this situation. The protest itself will simply be reformatted, it will become flexible and will go at some intervals.
Here we are told in plain text that the opposition initially calculated how events would develop. Tikhanovskaya's team knew that they would not be allowed to win, having counted the votes “as it should”. I knew that after that mass protests would begin. I knew that Lukashenka would behave differently than Yanukovych did in his time, and that Maidan would be crushing. Knowing all this, political opponents of the Belarusian president were getting ready for the “long game”. And what can it be?

If earlier President Lukashenko could afford to play on the contradictions between Russia and the West, now this number will not work. In the US and Europe, he is now a non-handshake usurper. If the EU is ready to accept Belarus, then without it. In the West, the so-called "Venezuelan scenario" was used against Alexander Grigorievich. Something like a “Belarusian government in exile” is already being created under the name “Front of National Salvation”. There is also an alternative president in Lithuanian exile - "Juanita" Tihanovskaya.

All this objectively deprives him of room for maneuver and pushes him into the arms of Moscow. In a sense, for the Kremlin, such an alignment is even beneficial, since the Union State becomes for Lukashenko the only real opportunity to preserve his personal power, albeit at the expense of losing part of his sovereignty. But the other side of the coin should also be mentioned.

If the real integration of the two countries took place before the 2020 elections, then it would be an internationally recognized supranational entity. Now an alternative “Belarusian president” will sit in Lithuania, who will declare the Union State an “Anschluss” of Belarus and will demand the introduction of new sanctions from the West. In addition, in the fraternal republic itself, there will remain a lot of supporters of the fugitive Tikhanovskaya, who will not be loyal to either Minsk or Moscow. In the long term, this may seriously backfire on Russia.
Ctrl Enter
Noticed oshЫbku Highlight text and press. Ctrl + Enter
We are
Who is Zelensky and what awaits Ukraine in the near future
Ten "defeats" of Putin
Reporterin Yandex News
Read Reporterin Google News
5 comments
Information
Dear reader, to leave comments on the publication, you must sign in.