"Civil War-2" may start in the USA in three months 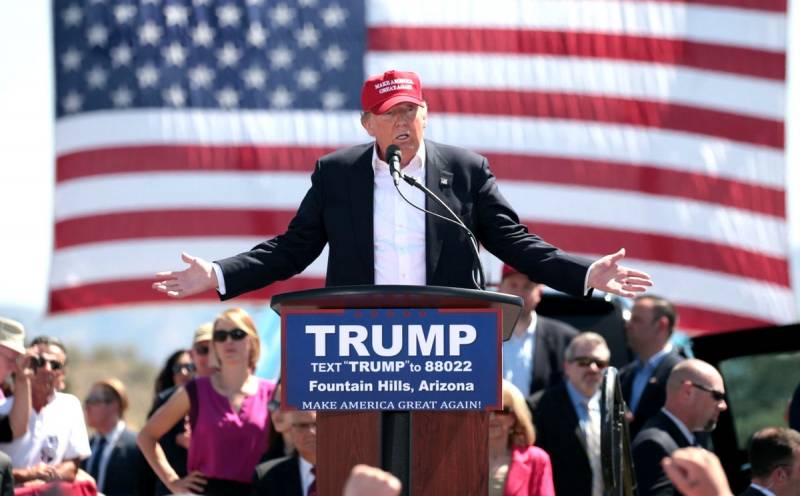 Less than three months are left before the US presidential election. Their results will determine which further development path will take not only the "hegemon" itself, but the rest of the world. The issue of the outcome of the confrontation between "globalist" and "imperial" projects is so fundamental that it could plunge America into a new Civil War. And this is not an exaggeration.


In October last year, starting the presidential campaign, Donald Trump said that if an attempt was made to remove him from power, a conflict "reminiscent of a civil war" would begin in the United States. On July 12, 2020, his rival Democrat Joe Biden, in turn, said that if Republican Trump refuses to recognize the election results, "the military will come to the White House and escort him out." That is, both sides are ready to use force if necessary.

This is a problem in itself, clearly unworthy of the "citadel of democracy." But an even bigger problem is that everything will not end with the "expulsion". The country is split, with about half of the electorate supporting both irreconcilable candidates. Are they willing to admit they are losers and submit? This is a multi-trillion dollar question.

Back in winter, President Trump looked like the clear favorite for his economic gains over the past four years. However, the coronavirus pandemic literally "zeroed out" them in just a few months, dropping the United States to the level of the post-war 1947. Then the "black bacchanalia" began, knocking out the support from under his feet. "Quiet Joe", who made a bet on the "colored" population, began to actively gain points. Now the Democrats have become favorites, threatening to arrange a "globalist revenge", about which we are in detail told earlier.

Now the pendulum has swung in the direction of Donald Trump again. The American publication The Sunday Express commissioned an independent poll from the Democracy Institute, which confirmed that the Republican is ahead of the Democrat by 48% versus 46%. Among white voters, Trump is supported by 53% versus 46% with Biden, among African Americans - 20% and 77%, respectively. By the way, there has been an increase in Donald Trump's popularity among the "colored" population: from 8% in 2016 to the indicated 20%.

It is necessary to remember about the specifics of the American electoral system, where in order to win it is necessary to win over the so-called wavering states. Florida, Minnesota, Pennsylvania, Iowa, Michigan and Wisconsin are all in favor of Trump by a small margin of 5%, according to the report. In the United States, it is not customary to speak directly about this, but it can be assumed that fellow citizens began to lean in favor of the more conservative Republican after the “black revelry”, when the white majority was forced to kneel before African Americans, who make up only 13% of the total.

In addition, 77-year-old Joe Biden is suspected by ill-wishers of the initial stage of dementia. Curiously, his predecessor, Hillary Clinton, was largely prevented from becoming president by health problems, manifested in inappropriate behavior. In this difficult situation, "Quiet Joe" decided to go all-in, taking Kamala Harris as his campaign partner. It just so happened that this is a woman senator of mixed African and Asian blood, which, according to the idea of ​​the Democrats, should attract additional votes to the Democratic Party.

Will this work political trick, time will tell. Both sides are clearly ready to fight to the death, which is gradually increasing the degree of tension. The most interesting thing will begin in the United States after the vote count, when two presidents may appear in the country at once, and the American army will have to choose who to expel from where.
Reporterin Yandex News
Reporterin Yandex Zen
5 comments
Information
Dear reader, to leave comments on the publication, you must sign in.