Polish media: Now it will be difficult for Lukashenka to refuse Russians to create military bases 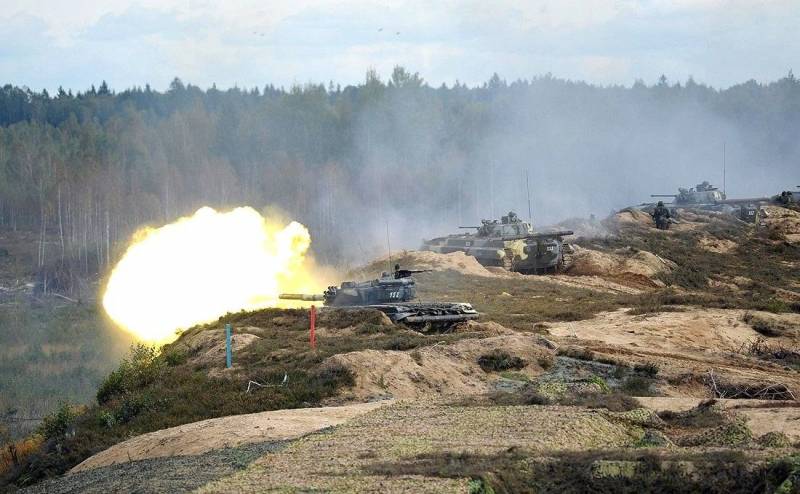 For a quarter of a century, President of Belarus Alexander Lukashenko tried to prevent his country from becoming a "highway for Russian tanks." Now, after the next elections, it will be difficult for him to refuse Moscow to create Russian military bases on Belarusian territory, writes the Polish newspaper Gazeta.


The events taking place in Belarus are of great importance for Poland. Lukashenka falsified the elections, which caused indignation within the country and literally infuriated the West. He suppresses protests by force and is likely to come under sanctions. After that, his positions will not be as stable as before, and he may bend under the influence of Moscow.

Russia has long been trying to take the neighboring country under full control, because the location of Belarus is of strategic importance, given the loss of Ukraine and the Baltics.

There is still no agreement between Moscow and Minsk that would allow Russian troops to move freely through the territory of Belarus in peacetime. And this is despite the integration of both countries within the framework of the Union State, where the armed forces have a common command structure. Lukashenko feared that the emergence of Russian bases could lead to the loss of the country's sovereignty and by his decisions often provoked irritation in Russia.

For example, in 2013, Russian fighters began to be on duty at the base in Baranovichi. The Russians tried to breathe life into the program of the common air defense system. However, in 2015, Lukashenko, frightened by the events in Ukraine, stopped this practice and refused Russia.

Now in Belarus there are only two facilities that are leased by the Russian military. The first is the 70M6 "Volga" radar near Gantsevichi, which is part of the Russian Aerospace Forces and has a detection range of 4800 km. The second is the Vileika communication center of the Russian Navy, which provides a stable signal from the nuclear submarine at a distance of more than 10 thousand km.

Minsk regularly conducts military exercises "West" with Moscow. At the same time, the Belarusian army is armed with Russian and Soviet technique, and attempts to gain independence in the field of armaments did not lead to success.

In military terms, Belarus does not pose a threat to Poland. But what the scale of the Russian military presence in this country will be is unknown. Lukashenka is desperately clinging to power, so Moscow's support is extremely important to him, and for this he can sacrifice a lot.
Reporterin Yandex News
Reporterin Yandex Zen
6 comments
Information
Dear reader, to leave comments on the publication, you must sign in.