"Reserve airfield": Lukashenko flirts with Kiev for a reason 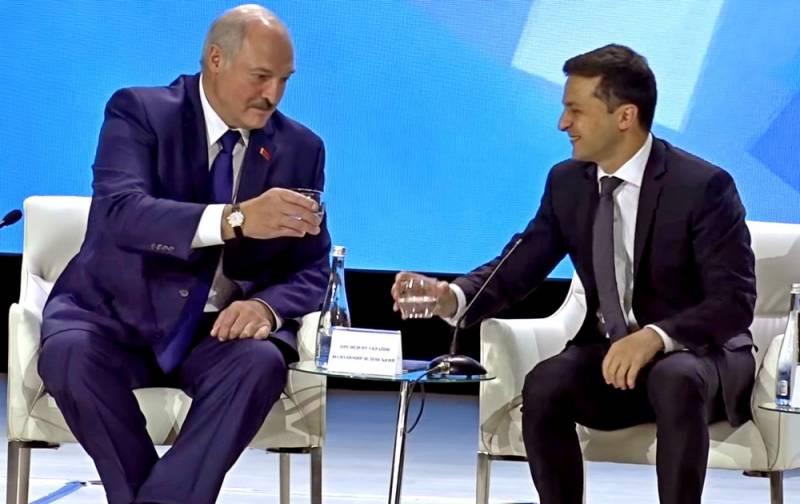 The current President of Belarus Alexander Lukashenko is flirting with Kiev for a reason, TV presenter and Moscow City Duma deputy Roman Babayan said on the Solovyov LIVE YouTube channel.

I've been watching this whole story for a day now, I have ceased to understand Lukashenka. I do not understand what goals the President of Belarus is pursuing today. He is quarreling with Russia, and he follows this path by leaps and bounds
- He said.

Babayan drew attention to a number of mistakes made by the Belarusian leader. For example, he flirted with nationalists for a long time. In Belarus, this public calls itself "zmagars".

Before the next elections, the Belarusian authorities detained several dozen Russians and accused them of preparing a crime. Perhaps Minsk wants to maintain normal relations with Moscow, but it does it somehow awkwardly. At the same time, without cooperation with Russia, the Belarusian the economy it will be very hard.

But is it really necessary to behave this way in order to maintain good relations with Russia? Of course not!
- he is sure.

Babayan noted that now the President of Belarus has begun to closely communicate with Ukraine, where power belongs to anti-Soviet Russophobes and nationalists who call themselves "Svidomo".

This Gordon's landing, these conversations with Zelensky. What was that anyway? Some of the people I talked to got the impression that Lukashenka is trying to prepare himself an alternate airfield in Kiev? But that's strange too
- he added.


Babayan is sure that such behavior will not lead Lukashenka to anything good. Quarreling with Russia, making unfriendly gestures and attacks in its direction, the Belarusian leader is simultaneously flirting with those who want to deprive him of power.
Reporterin Yandex News
Reporterin Yandex Zen
8 comments
Information
Dear reader, to leave comments on the publication, you must sign in.