Belarus may leave Russia in the "Rzeczpospolita-2" 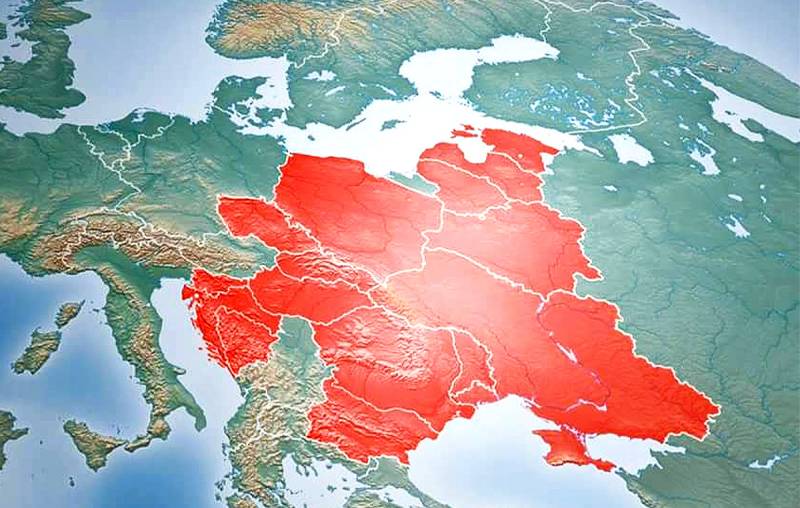 The elections in Belarus ended with a victory for President Lukashenko, but the struggle for this country is actually just beginning. Alexander Grigorievich's "phenomenal" result of 80% convinced few people in the West. In Minsk and other cities, mass protests against falsifications do not subside. So far, the power of the re-elected head of state rests on the bayonets of the security forces, who are harshly dispersing the demonstrators. But where will Belarus go if Lukashenka does not resist and any other pro-Western candidate comes to replace him?


In this matter, the position of the closest neighbors of Belarus from the EU side is of great interest. The Polish and Lithuanian presidents addressed their colleague with a joint message:

As neighbors of Belarus, we call on the Belarusian authorities to fully recognize and respect basic democratic standards. We call for refraining from violence and respecting fundamental freedoms.
In general, calls for the observance of the law and the rule of law should only be welcomed, especially if all sides of the internal political process adhere to this. But, let's face it, objectively few people are as interested in the arrival of “their own man” in Minsk as Warsaw and Vilnius. For Lithuania, this is literally the last chance to stop the launch of the BelNPP, built just 50 kilometers from the country's capital, about which we are in detail told earlier.

With Poland, everything is much more complicated, since it is a long-term and irreconcilable opponent and competitor of Russia in Eastern Europe. The need to confront Moscow led to the unification in 1569 of the Kingdom of Poland and the Grand Duchy of Lithuania into the Rzeczpospolita in the city of Lublin. The interest of modern Warsaw in the events in Minsk and Kiev can be easily explained by the fact that both the territory of Belarus and Ukraine were previously part of the Polish-Lithuanian confederation. After that there was a series of partitions of Poland, but the Poles themselves never forgot about their past as a major regional power in Eastern Europe.

After the end of the First World War, Marshal Piłsudski put forward the idea of ​​creating a new confederal state, which was to be called Intermarium. In addition to Poland, Lithuania, Ukraine and Belarus itself, it could include the Baltic countries, Hungary, Romania, Czechoslovakia, Yugoslavia and even Finland. That is, a huge buffer state from the Baltic Sea to the Black and Adriatic would appear between Russia and Western Europe.

Few people supported such an ambitious idea of ​​Warsaw at that time, but on its own, as a result of the Polish-Soviet war of 1919-1921, it was able to reconquer Western Ukraine and Western Belarus. Later, the USSR returned these territories back. The collapse of the Soviet Union gave the Poles a chance for historic revenge. It is no secret that numerous foreign NGOs that work with young people have been operating on the territory of Ukraine and Belarus for decades. Certain political steps to integrate former Soviet republics into Warsaw's sphere of influence.

Thus, in 2005, long before the Maidan, the Interparliamentary Assembly of the Seim and the Senate of the Republic of Poland, the Seim of the Republic of Lithuania and the Verkhovna Rada of Ukraine was created. This interstate association received its own "armed forces": in 2014, a joint Lithuanian-Polish-Ukrainian brigade, stationed in Lublin, appeared. And on July 28, 2020, an agreement was signed between Poland, Lithuania and Ukraine on political, economic and social cooperation, all in the same Lublin, where the Polish-Lithuanian Commonwealth was once born. The integration platform received the symbolic name "Lublin Triangle".

By the way, the head of the Foreign Ministry of Belarus has been invited to the next meeting of the "triangle" in the Ukrainian capital as an honored guest. It is very difficult not to notice Warsaw's attempts to reassemble its former possessions around itself. It is clear that under President Lukashenko, who avoided integration with Russia in the format of the Union State, one can hardly expect that he will open the doors wide for Poland and Lithuania. But if instead of him comes another politician, a pro-Western formation, then the revenge of the Rzecz Pospolita-2 may well take place. It is possible that the idea of ​​creating a buffer state on the border with Russia this time will receive support in Washington and Brussels.
Reporterin Yandex News
Reporterin Yandex Zen
36 comments
Information
Dear reader, to leave comments on the publication, you must sign in.