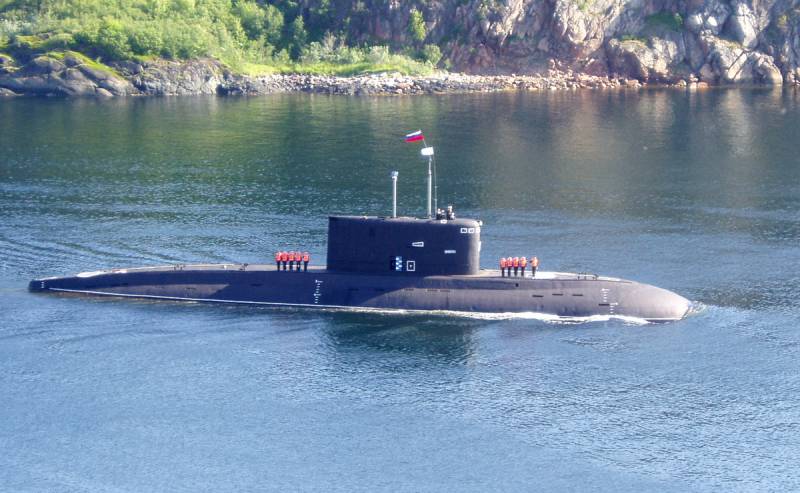 Last week, a "naval battle" took place in the Mediterranean Sea between the US Air Force and the submarine component of the Russian Navy. To the credit of the domestic military of technologies, our sailors emerged victorious from it.


It all started with the fact that the American P-8A Poseidon anti-submarine aircraft took off from the territory of an airbase located in Italy and headed for the Syrian shores in order to follow the Russian military contingent stationed in Tartus and Khmeimim. The absence of one submarine of the project 636.3 "Varshavyanka", called in the Western press a "black hole", was noted. Then the search began, which confirmed the validity of this nickname given to the diesel-electric submarine for its low noise and invisibility.

Judging by the fact that the search area was the waters near the island of Cyprus, the Russian submarine itself went on reconnaissance to the Akrotiri airbase located there. Only she was never found, despite the fact that three Poseidons were launched into the air at once. What explains this fiasco on the part of the Americans?

The R-8A Poseidon is the backbone of the US Air Force's anti-submarine aviation. The multipurpose patrol aircraft was developed on the basis of the Boeing 737-800. Its purpose is reconnaissance, patrolling and destruction of enemy submarines. Up to 9 tons of weapons can be carried aboard, including anti-ship missiles, torpedoes, sea mines and aerial bombs. There are already 100 such aircraft in service, another 22 have been ordered. The search for submarines is carried out using the ANSSQ-125 MAC, AN / SSQ-62D / E DICASS and AN / SSQ-101B ADAR buoys, which the US military considers "the best in the world." The power is impressive.

However, it did not work against Varshavyanka. Submarines of Project 636.3 were specially created to ensure maximum stealth. When driving at low speed towards a given target, it emits a noise of no more than 30-35 dB. In ideal conditions, our submarine can be detected from a distance of 6-7 kilometers. In reality, however, such conditions do not exist: outside vessels make noise, the search can be complicated by the bottom topography. Acoustic stealth and the latest inertial navigation system allow "Varshavyanka" to detect enemy ships from a long distance, "sneak up" on them and launch the first missile strike.

It remains to add that our submarines are now armed with Caliber cruise missiles, which make it possible to hit both sea and ground targets, for example, an enemy air base. In 2015, the submarine B-237 "Rostov-on-Don" was successfully fired by "Calibers" at terrorists in Syria. It is not surprising that the Americans made a fuss by sending three Poseidons in search of one diesel-electric submarine at once. It is hardly pleasant for them and their British allies to know that they never managed to find it. It is rather uncomfortable to realize that somewhere nearby there is a submarine equipped with cruise missiles.

The Russian Black Sea Fleet has six "Varshavyankas" in service, which linger for a long time in the Mediterranean, which has already irritated the Pentagon. Another six are to be received by the Pacific Fleet, which our Asian partners in the negotiation process will hardly rejoice at.
Reporterin Yandex News
Reporterin Yandex Zen
16 comments
Information
Dear reader, to leave comments on the publication, you must sign in.