NI: Russia has twice as many tanks as the United States - but does that matter? 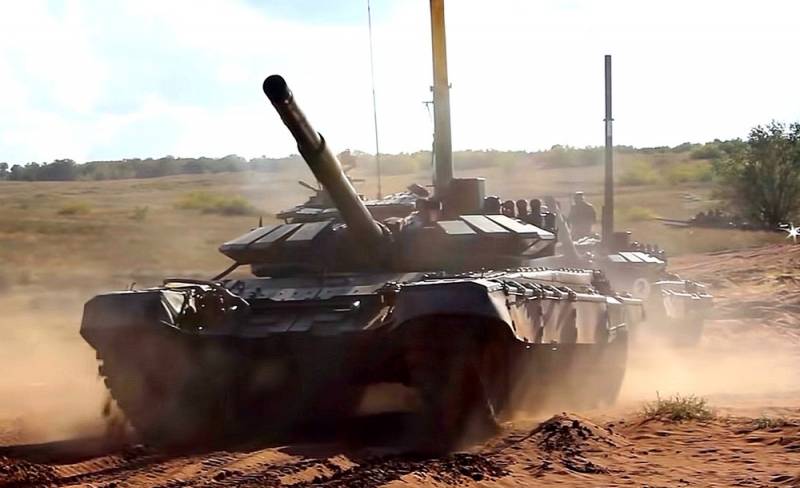 In 2020, the Russian military will continue to expand its armored vehicle arsenal. According to Deputy Defense Minister Alexei Krivoruchko, in the first half of this year, the Russian military received 160 tanks, including the repaired and modernized T-72B and T-80. The American edition of The National Interest drew attention to this.


According to the resource Globalfirepower.com, the Russian fleet of tanks of up to 12000 units is twice as large as the American one - the United States has 6000 tanks, which prompts speculation about the prospects for a long ground war.

The main battle tank of the Russian army can be considered the T-72B, and in the US army, the Abrams.

However, the outcome of any modern war is largely dependent on aviation, and Americans have twice as many combat aircraft as Russians and nearly five times as many helicopters. Air superiority may ultimately decide which ground forces will be decisive - after all, in the event of American superiority, Russian tanks will be vulnerable from the air.

Other factors to consider, such as current technological condition and complexity of Russian tanks. How many T-72s have been upgraded so that they can somehow be compared with the latest modifications of the Abrams? Later versions of the latter, among others, include new infrared and thermal imaging sights, improved armor materials and missile projectiles as ammunition. All of this raises the question of whether the Abrams will be able to outperform the Russian T-14 Armata and whether it matters that Russia has twice as many tanks as the US - how important are the numbers in and of themselves?

If an army can deploy significant forces on the battlefield, does it really need 12 tanks? Isn't the range, accuracy, survivability and combat characteristics of armored vehicles more important than abstract digital data? If one tank has the ability to detect and destroy enemy equipment from a safe distance, then one such combat vehicle could surpass dozens of enemy vehicles.
Ctrl Enter
Noticed oshЫbku Highlight text and press. Ctrl + Enter
We are
NATO will look deep into Russia with the help of drones
Serial production of the Avangard missile system launched in Russia
Reporterin Yandex News
Read Reporterin Google News
8 comments
Information
Dear reader, to leave comments on the publication, you must sign in.