"Fight to the end": the Japanese spoke out on the Kuril issue 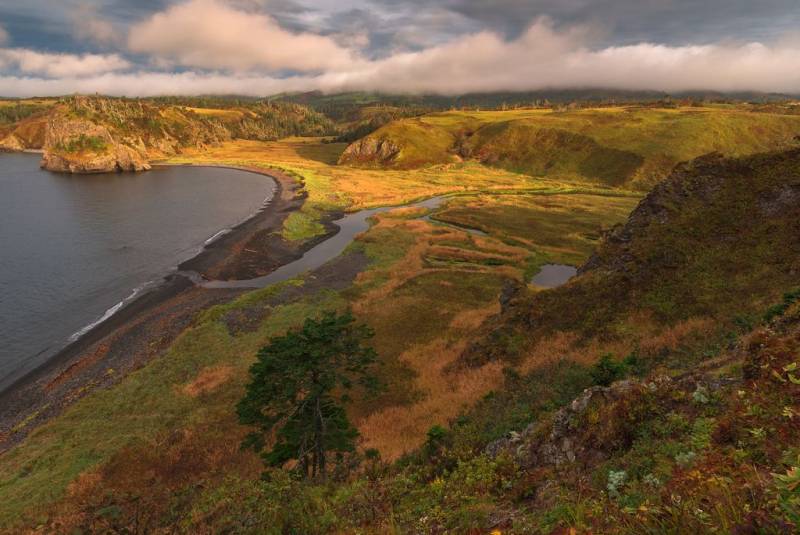 The administration of the northernmost Japanese prefecture of Hokkaido is going to arrange "air memorial tours" in the fall of 2020 for the relatives of the former residents of the "northern territories" and everyone interested. The prefecture has already notified the local legislature about this, writes one of the largest Internet portals in Japan, Yahoo News Japan.


The YNJ noted that the event, organized by the prefecture, is a forced measure during the COVID-19 pandemic, when state borders are closed. There will be five charter flights in total. 20 passengers will be taken on board. The flight will take place close to Kunashir Island and the Habomai Ridge, without crossing Russian airspace.

Japanese readers almost immediately moved away from the topic of the material and began to speak out on the Kuril issue.

I approve of the plans of the Hokkaido authorities, as I myself want to go on such a "memorial" trip. It is sad that we will never return these islands and will be able to visit the graves of our ancestors only in our own memory. Most likely there is nothing left of them
- wrote abc1126.

The return of the "northern territories" is no longer possible. Almost everyone thinks so ... The seized lands do not return them to their former owners until they take them back by force
- considers nag.

All 713 legislators of Japan's bicameral parliament must fight to the end for the return of the "northern territories". People cannot go and bow to the graves of their ancestors. But judging by the broadcasts of the meetings, something imperceptibly special fervor among the deputies
- drew attention wxn.

The southern part of Sakhalin and all the Kuril Islands are Japanese territory. You can't retreat a single step!
- rbn approves.

Take a look at our parliamentarians. Are any of them ready to fight for the "northern territories"? I think that there are no volunteers among them. And we will not return the islands
- sure tqk.

Buying Russia will not give up the island. We need to deliver the ashes of our ancestors to Japan, strengthen our army, maintain the US military presence, deploy missiles in the northeast and acquire nuclear capabilities
- suggested def.

Abe trusts Putin very much. External policy Tokyo is a complete failure in relation to Moscow. There are no results and are not expected
- cho convinced.

I also want the return of the "northern territories". But it is better not to shout to Russia "Give us the islands!", But to tell our government "Make it so that the islands are returned to us!"
- explained h76.

West of Japan there are only states that cannot be trusted. For such flights, we will still be accused of violating the border and, what good, will be shot down. These Russians don't care - they will easily destroy a passenger airliner.
- thinks cap.

Okay, about the "northern territories". Take a look at what is happening here in Hokkaido. The island is literally occupied by the Chinese! A few more years, and Hokkaido will become Japan's "Chinese Autonomous Region"!
- summed up tadami.
Ctrl Enter
Noticed oshЫbku Highlight text and press. Ctrl + Enter
We are
Japanese Media: South Kuril Islands Ideal for US Missiles
Japanese Prime Minister called peace with Russia
Reporterin Yandex News
Read Reporterin Google News
10 comments
Information
Dear reader, to leave comments on the publication, you must sign in.