The Drive: Why the Russian MiG-35 looks like a "dead duck" 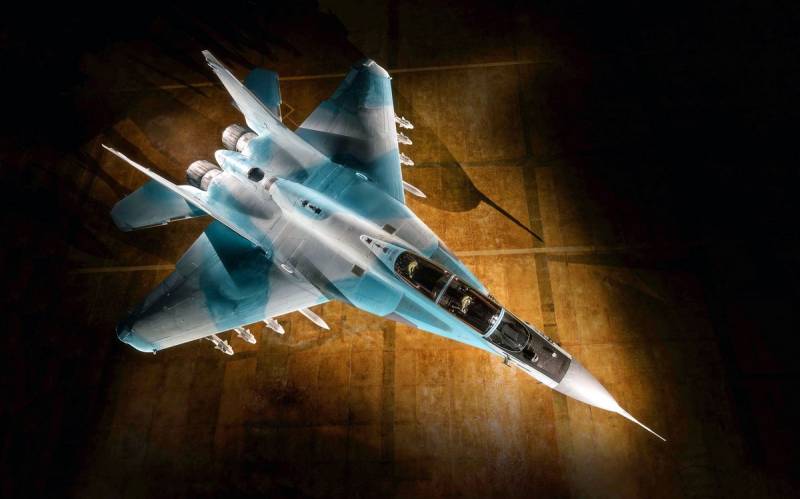 The Russian multifunctional light fighter of the 4 ++ generation MiG-35, almost four years after its first flight, looks like a “dead duck”, writes the American edition of The Drive.


Something went wrong with the plane. By the middle of 2020, the Russian Aerospace Forces was supposed to have a whole squadron (30 pieces) of such fighters. But the Russian military bought only a symbolic batch - 6 copies in 2019: 4 single and 2 double.

The Russian Ministry of Defense expected to replace all available light fighters with the MiG-35, but the joint tests with the RSK MiG have obviously been delayed and will not end until the end of 2021. But the longer the tests last, the more dubious the need for these fighters looks. Probably, they will eventually equip only the "Swifts" aerobatic team.

The MiG-35 is a further development of the MiG-29 fighters. But the Russian Aerospace Forces are now replacing the light MiG-29 with the heavy Su-30SM of the 4+ generation, and not the MiG-35. The thing is that the cost of the MiG-29 was 80% of the Su-27, and their operating costs were practically the same. At the same time, the Su-30SM is a further development of the Su-27. Thus, the whole point is lost in light fighters, when there are heavy ones, for practically the same money.

If the MiG-35s ever enter service with the Russian Aerospace Forces, they will receive the designations MiG-35S (single) and MiG-35UB (double). In RSK MiG these aircraft are called 9.41SR and 9.47SR, respectively. Both of them share a common airframe structure and a canopy. In a single, the seat is simply removed from the rear cab and replaced with an additional fuel tank.


The new Russian fighter jet is seriously different from its outdated Soviet counterpart. The cockpit of the MiG-35 is equipped with three liquid crystal displays and a monochrome projection display, there is an AFAR Zhuk-M radar, a variety of electro-optical and infrared sensors, a laser rangefinder / target designator, a helmet-mounted system for the pilot and many other equipment.

Undoubtedly, the MiG-35 is an efficient fighter. However, the prospects for its use in the Russian Aerospace Forces seem illusory. Sukhoi products prevail and already on the approach of the fifth generation Su-57, so it is increasingly difficult for the military to justify large-scale purchases of the MiG-35.
Reporterin Yandex News
Reporterin Yandex Zen
10 comments
Information
Dear reader, to leave comments on the publication, you must sign in.