Ukrainian nuclear waste wants to be used against Russia 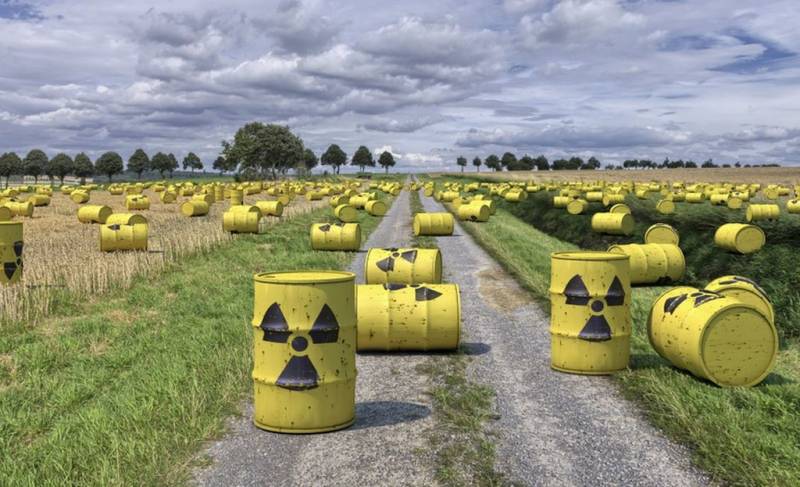 Ukrainian journalist Maksim Kukhar proposed to use the nuclear waste that Kiev has against Russia. He stated this on the air of the UkrLife channel, offering four scenarios of a military victory over Moscow at once.


According to the Russophobe, Ukraine has been at war with Russia for six years.

We did not choose this option, we were attacked, we have a war. The war must be won. And if we summarize the available data on how we can do this, then we can come to four conditional scenarios for victory in this war.
- said Kuhar.

"Military expert" believes that Kiev can put on alert "about half a thousand" old Soviet RSD-10 missiles, which need to be equipped with nuclear waste. He believes that it will be a "nuclear strike fist" that will restrain Russia from "further attack" on Ukraine.

Kukhar said with a smile that he was not proposing Kiev to withdraw from the Treaty on the Non-Proliferation of Nuclear Weapons right now. But the trends on the planet are going in such a way that the moment may come when the proliferation of nuclear weapons in the world will be controlled by no one. Then Ukraine will have the opportunity to acquire its own nuclear arsenal.

We have Technology creation of old Soviet atomic missiles. We have mountains of nuclear waste. When you combine them, we get a kind of military strength. This is the first scenario
- he explained, emphasized that the chances for the implementation of this scenario are growing.


The second scenario is the production of 5-10 thousand short-range and medium-range cruise missiles. He is confident that the country in which they will be released "will go to the Middle Ages."

The third scenario, he called the strengthening of the Armed Forces in order to wage a "simple war."

The fourth scenario is Ukraine's joining various blocs and coalitions with a pronounced anti-Russian orientation.
Reporterin Yandex News
Reporterin Yandex Zen
35 comments
Information
Dear reader, to leave comments on the publication, you must sign in.