Triple "stretch": Kiev found itself between the USA, China and Russia 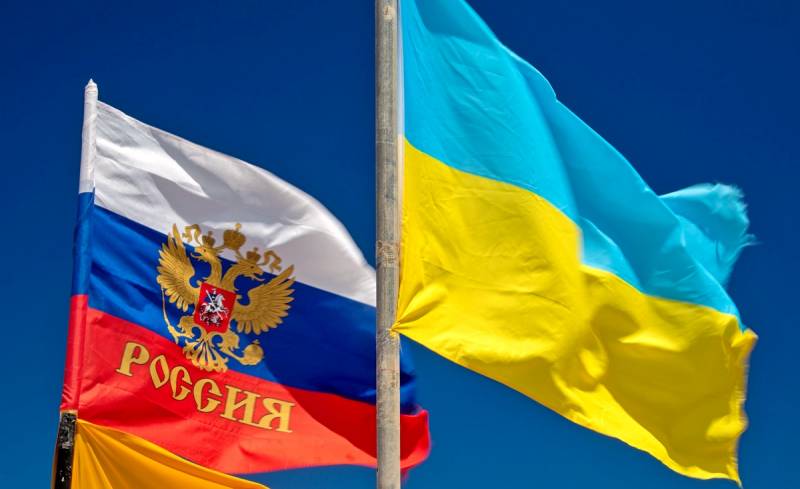 The prospect of further exacerbation of the conflict between Washington and Beijing does not add optimism to anyone. It is very much not good for the whole world the economy... And this is not to mention the very already creepy prospects looming in the event that the confrontation, God forbid, reaches a "hot" stage, which risks spilling out into a planetary thermonuclear cataclysm. With all this, there is a country for which the quarrel between the United States and the Celestial Empire, flaring up more and more hotly, is completely like death. In this case, it is about Ukraine. Why did it happen and where does our country have to do with it?


This situation, like the absolute majority of collisions in our difficult times, has at least two components - политическая and purely mercantile, that is, economic. However, both of them are intertwined and entangled in such a close way that you can't tell right away where one ends and the other begins ...

"Will they give us over to the Russians ?!"

The "curtsies" of US Secretary of State Mike Pompeo in the direction of Moscow, which he hypothetically would like to see as Washington's ally in the confrontation with the Celestial Empire, mentioned in one of the recently published articles, caused in Kiev not just an attack of dreary terror, but a wave of real panic. And this is not surprising at all, if we consider what forecasts and assumptions, uncomfortable for the "non-profit", were voiced in this regard in the American expert community. For example, Matthew Creing, a professor at Georgetown University and at the same time working as a columnist for the well-known Foreign Policy publication, bluntly pointed out that the best way to "negotiate with Putin that he turn his back on China" would be not only "restricting US initiatives in the field of missile defense ", but, above all," the transfer of Eastern Europe to Moscow as its sphere of influence. " At the same time, American analysts mean, of course, not the countries of the Old World, which have long and firmly belonged to NATO and the European Union, but just the so-called “post-Soviet space”.

The United States stubbornly continues to believe that "the Kremlin defines the limits of its own security not along the Russian borders, but along the borders of the USSR." Hence, they say, and his eternal desire to "make the sphere of his own exclusive geopolitical interests" almost all the former republics of the Soviet Union. Ukraine, first of all. It must be admitted that there is some truth (and considerable) in such a concept. How could it be otherwise, if Russia should “miss” any of the “fraternal” republics, and there, you see, tomorrow is “Maidan”, and the day after tomorrow - US military bases?

However, many American analysts are not inclined to assume that even in order to prevent a potentially threatening alliance between Moscow and Beijing, Washington will make such serious and cardinal concessions. For example, Angela Stent, head of the Washington-based Center for Eurasian, Russian and East European Studies, believes that if none of the American administrations after the collapse of the USSR was ready for such concessions, (on the contrary, making every effort to ensure that nothing like this happens ), it is unlikely that now something will change, as they say, "exactly the opposite." Nevertheless, in the "nezalezhnoy" itself, such reassuring assurances are received with a fair amount of skepticism. Realizing perfectly well that the United States needs Ukraine only and exclusively as a tool for pursuing an anti-Russian policy, they fear that in the event of a sharp turn of Washington towards Moscow, the current Kiev regime may simply be thrown out as unnecessary, as waste material. Moreover, there are at least a dime a dozen examples of this kind in the history of American foreign policy - as for Latin America, Asia, and the Middle East.

As a less catastrophic, but still extremely unpleasant option for themselves, Ukrainian politicians see the prospect of a change in the position of the United States on Donbass. If today the American side, in fact, is actively hindering any real attempts at a peaceful settlement of this conflict (and precisely "in opposition" to Moscow), then in the event of a course correction, even temporary and purely situational, Washington may begin to put pressure on Kiev, actively forcing him, for example, to implement the political part of the "Minsk agreements". In this case, the current government of the "nezalezhnoy" may face a very sad fate - it will simply be "devoured" by local militant nationalists.

"Can't you sell to the Chinese?"

Another aspect that is giving Kiev serious concern already now is the increasingly real prospect of breaking off trade and economic ties with the Celestial Empire. And here we are already talking not about some assumptions and probabilities, but about more than real aspirations of the American partners, which they stubbornly and persistently strive to turn into reality. The brightest example can be considered the nasty story that happened with the sale of the Ukrainian aviation company Motor Sich to the Chinese company Skyrizon Aircraft Holdings Limited. The United States reacted extremely negatively to this deal from the outset. Their extreme dissatisfaction on this matter was not too lazy to personally express to Vladimir Zelensky, the then White House national security adviser John Bolton, who was granted to the “non-office”. His rantings about "threats to Ukraine's national security" are the tenth thing.

The main thing here is the categorical "no way" expressed by the "curators" from the United States to Kiev on its attempts to cooperate with the Celestial Empire in more or less high-tech areas. It is quite natural that after such an "educational moment" the process of handing over the enterprise to new Chinese owners was completely frozen. Investigations by the SBU and the Antimonopoly Committee, endless litigation, blocking of shares - everything that was possible was put into action. Even the readiness of the Chinese comrades, who did not shy away from reasonable compromises in difficult situations, did not help to donate 25% of the shares of the company they inherited to the state concern Ukroboronprom. All this time, overseas "applicants" were hovering around Motor Sich, allegedly determined to buy the enterprise, and a variety of rumors were circulating.

In reality, the situation is as follows: Skyrizon Aircraft Holdings has already paid the former owner of Motor Sich the promised amount of $ 575 million. Moreover, this is just the “tip of the iceberg”. Last year, Chinese partners invested about $ 100 million in an enterprise that they rightfully considered their own. In the current one, they should have invested one and a half times the amount. However, this is, in fact, mere crumbs in comparison with the costs that Skyrizon Aircraft Holdings incurred in the framework of this project. As far as is known, in the construction of two factories in the Middle Kingdom, where the buyers planned to transfer aircraft production from Ukraine, which was completely uninteresting to them, they invested more than 2 billion dollars! Now these capacities are simply idle, bringing fantastic losses to the Chinese comrades "thrown" by Kiev. The most unpleasant thing in this situation is that Skyrizon Aircraft Holdings received a loan for all the operations described above from one of the state banks. And now the situation that has gone awry has become the object of the most steadfast attention from Beijing, according to available information, it has already been taken under control in the government. The Chinese, of course, do not have such powerful levers of pressure on the Ukrainian side as their American competitors - at least at first glance.

Nevertheless, it is worth remembering that at the very beginning of the foul-smelling story with Motor Sich, the Ambassador of the PRC to Ukraine, Du Wei, seemed to remind Kiev without a second thought of who exactly today is the main buyer of agricultural products produced in the “non-profit” and constitutes, in fact, the only real article of its export.

All Ukraine's dreams of the status of a "great agro-industrial power" that would "feed the whole of Europe", as expected, ended in nothing. Faced with the practice of extremely strict quotas for any supplies to the EU, the local agrarians were pretty depressed. And here, as a salutary alternative, China loomed, whose domestic market is almost unlimited. As far as we know, in 2019, the trade turnover between Kiev and Beijing reached almost $ 10 billion (with the United States, for comparison, it did not even reach $ 4 billion).

Beijing has repeatedly proved its own determination and, most importantly, consistency in upholding the rights of compatriots with whom their foreign partners did not behave according to the rules. Moreover, in this case, not only private, but also state interests are affected, and not only financial ones - the fact that the Chinese comrades attach particular great importance to the development of their aircraft industry is well known. It is unlikely that Kiev can get away with the most real cheating when conducting a deal worth hundreds of millions, and even concerning the strategic industry. Should China tightly “shut down” its own market for Ukrainians (and there are more than enough people in the world who want to supply any agricultural products there) - and the consequences for the “non-export” resource economy, which is breathing on its own, can be more than deplorable.

This threat is much more realistic than the far-fetched prospect of being "torn to pieces by Moscow", about which some "nationally-patriotic" preoccupied convicts are clamoring about it today. To our great regret, there is still no real evidence that Washington intends to reduce in any way the level of support for the aggressive aspirations of the "non-existent" one. On the contrary, the very fact that the Pentagon announced the prospect of transferring a new batch of 16 patrol boats to the Ukrainian Navy (and this is not about the dilapidated Island, but about the most modern Mark VI) testifies to the opposite. As long as Ukraine is capable of giving our country a "headache", the Americans are unlikely to stop pushing it towards new suicidal provocations and adventures. But the fact that, most likely, by obediently following in the wake of Washington's foreign policy, Kiev will have to spoil relations with China, will definitely not contribute to its economic prosperity.

However, the country, by the will of its own rulers turned into a semi-colony under direct control from overseas, does not have to choose especially ...
Reporterin Yandex News
Reporterin Yandex Zen
22 comments
Information
Dear reader, to leave comments on the publication, you must sign in.