Forbes: Sorry Russia, but the US did not copy your hypersonic missile 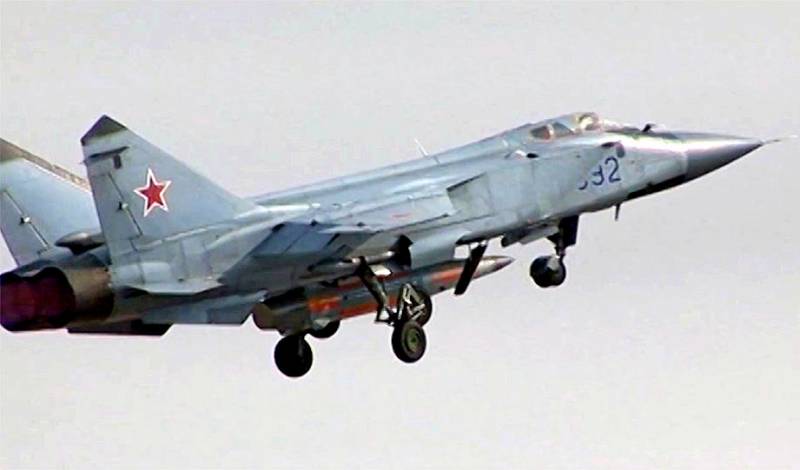 “Sorry, Russia, but the United States did not copy your hypersonic missile” - this is the headline of an article by Michael Peck in Forbes magazine. The US Air Force awarded a $ 15 billion contract for eight F-1,2EX fighters. The Boeing company, which received the contract, announced the possibility of new aircraft to carry on board hypersonic missiles up to 6,7 meters long and weighing no more than 3 tons. The Russian media suggested that the United States is following in Russia's footsteps, wanting to copy supersonic missile weapons. Forbes experts are investigating whether this is really the case.


The Russian Federation has equipped its fourth-generation MiG-31 fighter-interceptor with the Kh-47M2 "Dagger" hypersonic air-launched ballistic missile - its declared speed reaches Mach 10, and Western anti-missiles are unlikely to be able to shoot it down. The upgraded version of the MiG-31K can pick up speed up to Mach 3 and launch "Daggers" with a range of up to 2 thousand km.

Some parallels between the actions of the US and Russian military can, of course, be seen. So, both the F-15 and the MiG-31, after careful improvements, can carry hypersonic weapons on board. The Americans are trying to catch up with the Russian Federation, carrying out a year ago test launches of an AGM-183 supersonic missile from a B-52 aircraft.

As for the possible copying of hyperweapons by the United States from the Russian Federation, this is unlikely - most likely, the idea of ​​supersonic missiles belongs to scientists of Nazi Germany
- the Forbes author makes a rather strange connection.

So, in 1944, the Third Reich announced the creation of V-1 missiles - they were launched from launching positions on the continent in the direction of Great Britain. Then "V-1" began to be used from Heinkel 111 aircraft. Bombers during the confrontation between the US and the USSR were also equipped with large missiles that operated outside the zone of air defense capabilities. And if the MiG-31 was equipped with supersonic weapons, this could not be missed at the Pentagon.

In general, an aircraft with large missile armament is a tribute to a tradition that did not appear today. So I'm sorry Russia, but the US didn't copy your hypersonic missile
- said the American analyst.
Reporterin Yandex News
Reporterin Yandex Zen
9 comments
Information
Dear reader, to leave comments on the publication, you must sign in.