The return of the T-80: why the Russian Defense Ministry needed a breakthrough weapon 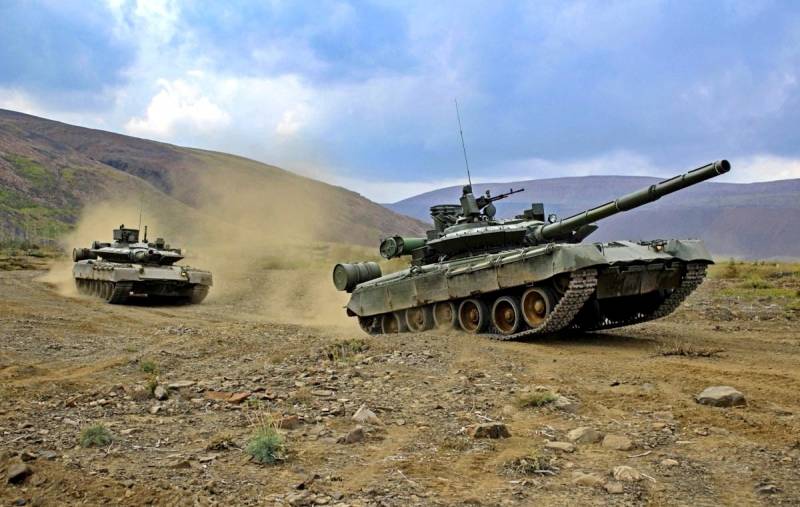 The "80" actively began to return to the Russian tank forces. After deep modernization in the T-XNUMXBVM version, it has already ended up in the motorized rifle brigade of the Northern Fleet, will go to the famous Kantemirovtsy and will go to the Far East. Why did the Ministry of Defense again need a "jet" tank?


The USSR was a great tank power: shortly before its collapse, the fleet of these combat vehicles totaled almost 64 thousand. The most massive series was the T-72, which made about 30 thousand. The T-80 is a very special tank, of which about 10 thousand were produced. The Russian Federation, as of 2017, had nearly five hundred of them in service, the rest are in storage. Then the Ministry of Defense of the Russian Federation signed a contract for the modernization of six dozen T-80B to the level of T-80BVM. This event attracted the attention of military experts, both domestic and foreign. And that's why.

During the Cold War, these tanks were in service with our westernmost borders. Thanks to the gas turbine power plant, they were able to quickly start up even in severe frost and make swift marches at a speed unique for a heavy vehicle. That is, we have before us an offensive weapon, a means of breaking through. He had to pay for the GTE because of his enormous gluttony. It is not surprising that after 1991, when we became "friends" with the West, the "eighty" ceased to be relevant, and instead more practical and economical vehicles with diesel engines became the main battle tank.

Much has changed now. The T-80BVM was equipped with an upgraded GTD-1250TF gas turbine engine, delivering 1250 horsepower. This made it even more "reactive", but fuel consumption was reduced. The gun turret is equipped with a 125-mm 2A46M-4 cannon, NSVT and PKT machine guns, as well as the Sosna-U weapons control system, which allows combat at any time of the day in any weather. The Reflex guided missile weapon system will help destroy enemy armored vehicles at a distance of up to 5 kilometers. Protection has been increased due to the "Relikt" reactive armor kit and hinged elements.

The appearance of the T-80BVM caused a mixed reaction in the expert community. Critics assurethat, apart from the unusual speed for a tank, the "eighty" has no particular advantages over the T-72B3 version of 2016 or over the T-90M. At the same time, the need to maintain such different tanks in parallel complicates and makes more expensive the maintenance of the common fleet. But there is another opinion.

As already mentioned, the main advantage of the T-80BVM is its ability to start almost instantly at the lowest temperatures, as well as its extraordinary speed of movement. Much says that the first recipient was the Northern Fleet, which protects the country's Arctic borders. Obviously, the Russian Defense Ministry is seriously preparing for a confrontation in this strategically important region. High speed and maneuverability can also be useful to our tankers in the western direction, where NATO's military activity is increasing, and, remarkably, in the eastern direction. T-80BVM will travel to the Pacific borders of Russia.
Reporterin Yandex News
Reporterin Yandex Zen
5 comments
Information
Dear reader, to leave comments on the publication, you must sign in.