Revenge of the globalists: why the election of Biden is much more dangerous for Russia than Trump 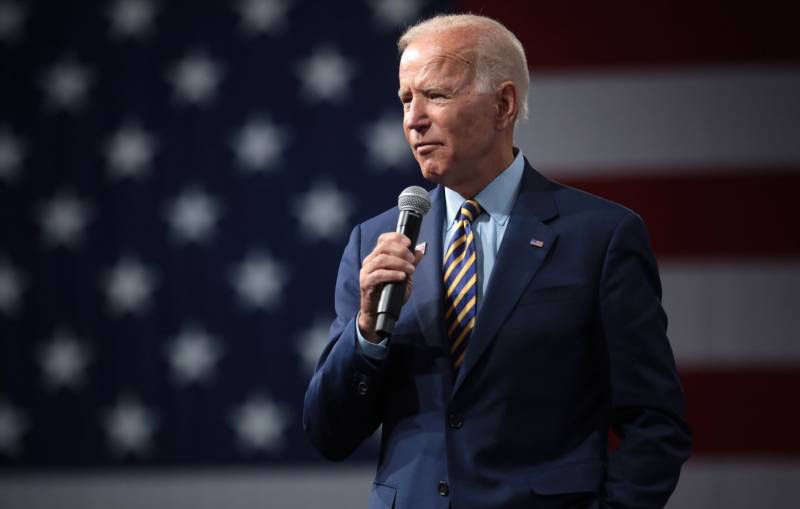 On November 3, the next presidential elections will be held in the United States, which will decide the fate of the world for many years to come. If the "imperial" Donald Trump wins, he will continue to build an "American empire for Americans." If the “globalists” in the person of Joe Biden take revenge, all real power over the planet will again be in the hands of the owners of several dozen transnational corporations, for which there are no national borders, but only profit.


Both Trump and Biden are both objective opponents of Russia, but their methods of counteraction are very different. President Trump is building a "Great America for his own", naturally, at the expense of everyone else. He directly calls Russia, Iran, the DPRK his enemies and does not hesitate to put pressure on them. With Tehran under him, Washington broke the "nuclear deal", with North Korea almost started a war by sending the AUG there, but, apparently, was dissuaded in time. With Moscow, the head of the White House canceled the most important treaty on international security, the INF Treaty, and START III is next. The question of the transfer of the American nuclear arsenal to Poland is being considered. Trump is crushing Russian energy projects in Europe with sanctions.

In general, this is an enemy, but in its own way honest and understandable. His policy constantly increases the degree of military danger. The prospect of a violent clash somewhere in the Arctic over its resources does not bode well, but every cloud has a silver lining. It objectively contributes to the growth of Russia's defense potential and the process of gradual import substitution. An honest confrontation with the United States, which has ceased to pretend to be a friend, allows Moscow to pursue a more independent foreign policy, looking less back at the "good advice" from Washington. With the “globalists” represented by the democrats, everything is much more complicated.

On the one hand, under President Biden, the risk of a global military clash will begin to decline, because they simply do not need it. Perhaps the Democrats will even agree to extend the START-3 treaty. The INF Treaty can hardly be brought back to life, but a moratorium on the deployment of nuclear weapons in Eastern Europe may well be signed. Perhaps Biden will even allow quietly completing the construction of Nord Stream 2 and Turkish Stream and allow them to work for the benefit of European corporations, whose shareholders are American TNCs. It is quite possible that the US will return to the "nuclear deal" with Iran. The explanation for this "peacefulness" is simple: the "club" is not quite their method, more precisely, not the most important one.

On the other hand, do not harbor the slightest illusion about the possibility of making friends with the United States. A word to Joe Biden himself:

If I am elected president, you can be sure that Vladimir Putin will be rebuffed and we will make Russia incur serious costs.
But this "rebuff" will not be given with a "club", but in a "soft" form. Having received a signal from the "Washington regional committee" that they are ready for "peace", the pro-Western liberals in the government and oligarchs, whose business is tied to international financial capital, will deepen their "economic activities", which can be evaluated in very different ways. The work of NGOs promoting "European values" will intensify, and funding for the opposition will increase. The country will be taken by the "globalists" by the bridle and will follow the path they need, remaining on the rights of a raw-material colony of the West. And at the slightest attempt to turn to a different path, they will answer "Maidan" and put "on the throne" a more loyal "overseer".

Both scenarios pose an existential threat to Russia. But if, in the event of President Trump's victory, we have a theoretical chance to fully restore sovereignty and fight for the coming redivision of the world, then under Biden, Russia will return back under the control of transnational financial capital, which some will clearly only be happy about. And, alas, now Joe Biden's chances of getting into the White House have increased dramatically.
Ctrl Enter
Noticed oshЫbku Highlight text and press. Ctrl + Enter
We are
Putin's departure: how to prevent the collapse of Russia's foreign policy
The redivision of the world: the globalist project "China" has gone out of control of the West
Reporterin Yandex News
Read Reporterin Google News
14 comments
Information
Dear reader, to leave comments on the publication, you must sign in.