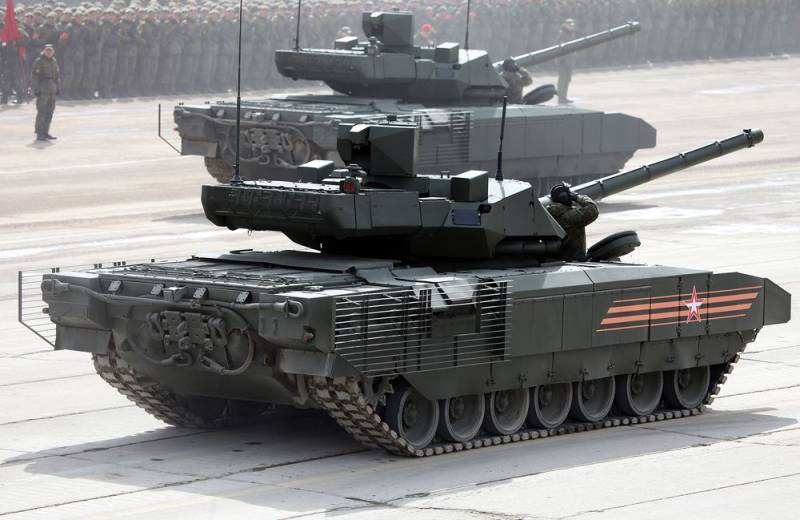 Modern tanks and other armored vehicles are simply impossible to imagine without active protection systems. For example, on the newest Russian main battle tank T-14 "Armata" with an uninhabited turret, the domestic KAZ "Afghanit" is installed, writes "Military Review".


It should be noted that this KAZ is also installed in full on the BMP T-15 and in a partial version on the BMP of the Kurganets-25 family. The foundation of "Afganit" is a radio-optical radar, consisting of four AFAR-panels of a pulsed-Doppler radar and ultraviolet direction finders integrated with it. Due to its qualities, the KAZ can be used not only for defense, but also for reconnaissance of ground and air targets, as well as during their own attacks.

"Afghanit" includes a large number of different sensors and is integrated into the fire control system. This allows not only repelling the attack, but also quickly deploying the tower to the incoming ammunition, calculating the location of the enemy along the trajectory of its flight and making a shot at it. The complex has serious resistance to electronic warfare and can operate in a passive mode. KAZ controls a robotic machine-gun installation, the fire of which destroys incoming enemy ammunition. 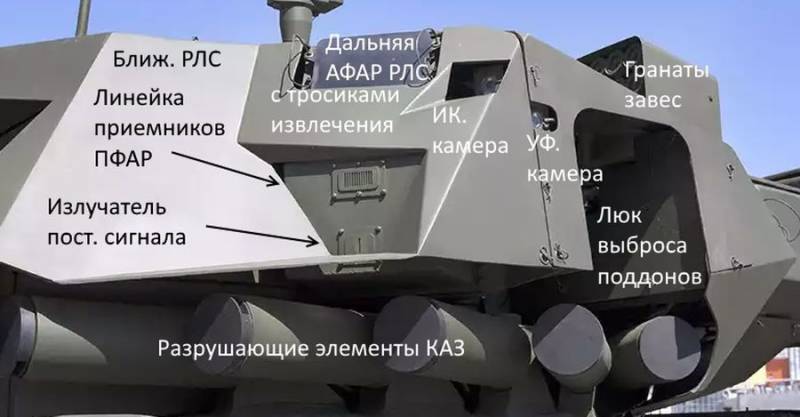 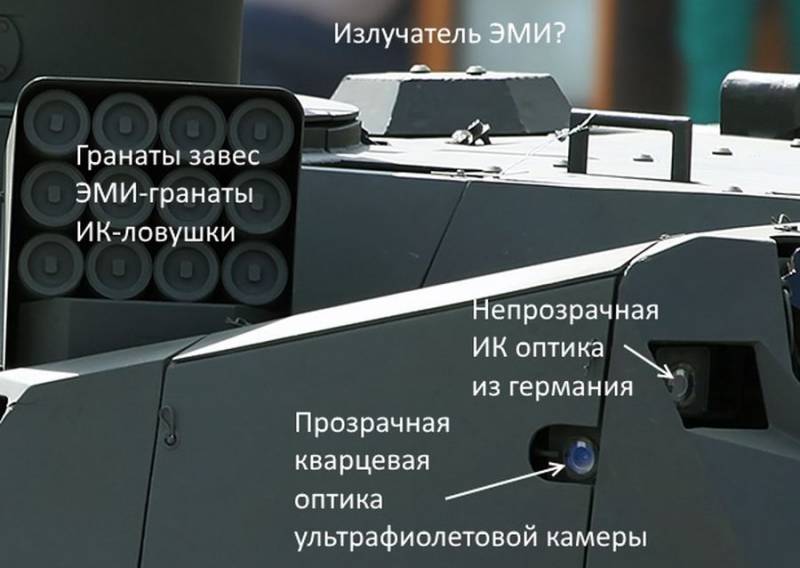 KAZ is resistant to temperature extremes, water, dirt and dust, ensuring signal stability. This is a multifunctional complex capable of solving a large number of tasks and its work is difficult to paralyze. One of its tasks is to protect against secondary fragments that are formed after the destruction of an incoming enemy ammunition. Previously, such fragments caused great harm, damaging optical instruments, antennas and other attachments. 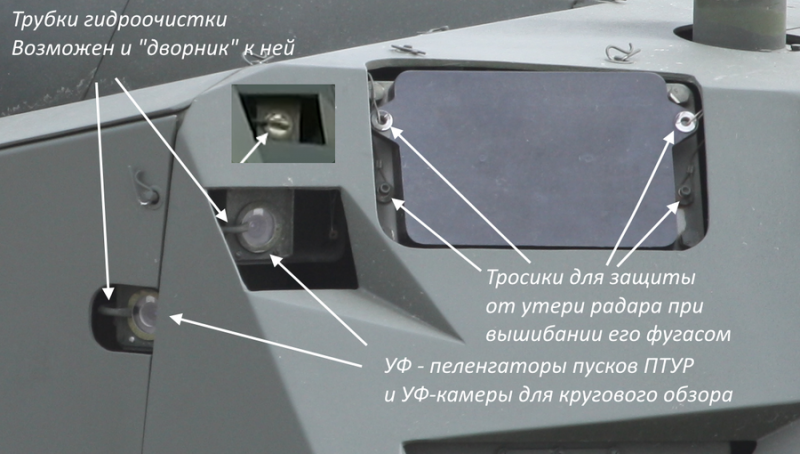 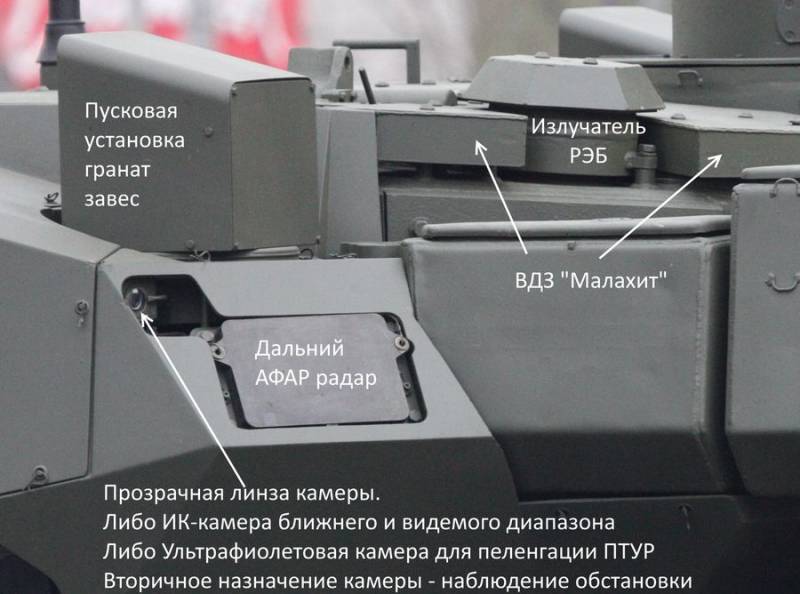 Thus, the T-14 Armata tank and other samples of Russian armored vehicles acquired effective protection against any existing anti-tank systems, including the American Javelins. At the same time, the assertions of the Americans that the KAZ "Afghanit" does not provide protection in case of an attack by an anti-tank guided missile from above and at a short distance can only be considered an attempt at unfair competition. Probable "partners" point-blank do not take into account the presence of reactive armor, which complements the active one.
Reporterin Yandex News
Reporterin Yandex Zen
12 comments
Information
Dear reader, to leave comments on the publication, you must sign in.