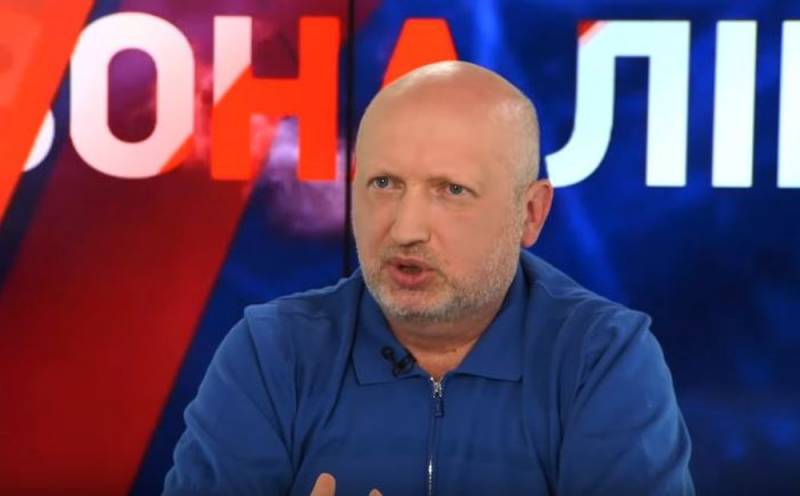 Former speaker of the Verkhovna Rada of Ukraine Oleksandr Turchinov, who served as the country's president in the spring of 2014 and who started the war in Donbass, explained on the air of the Red Line talk show on the Espresso TV channel why he did not move tanks to Crimea.


In his opinion, Kiev was not then ready to fight with Moscow for the Crimea. Therefore, he does not agree with the accusations against him that are being heard now.

Turchinov explained that at that time 70% of the military, 90% of the SBU and 99% of the Interior Ministry employees changed their oaths and went to serve the "aggressor".

Do you think that under these conditions I should have liberated Crimea, what is stopping you from liberating it now?
- Turchinov asked.

He believes that "the crime is not over" and now the situation is similar to what it was then - "Crimea is not liberated." Therefore, the incumbent President Volodymyr Zelensky must introduce martial law in the country and declare war on the "aggressor". If he does not do this, then he can be held accountable based on logic and the Constitution.

Turchynov drew attention to the fact that at present the situation in the spheres of defense and security has improved significantly, but Ukraine still cannot start a real war with Russia. He stated that it is not yet possible to declare war on a nuclear power.


At the same time, he expressed confidence that someday Ukraine will seriously strengthen. After that, Kiev will be able to put an end to both the Donbass issue and the Crimea.
Reporterin Yandex News
Reporterin Yandex Zen
18 comments
Information
Dear reader, to leave comments on the publication, you must sign in.