President Lukashenko deprived himself of Russian support by arrest of "Wagnerites" 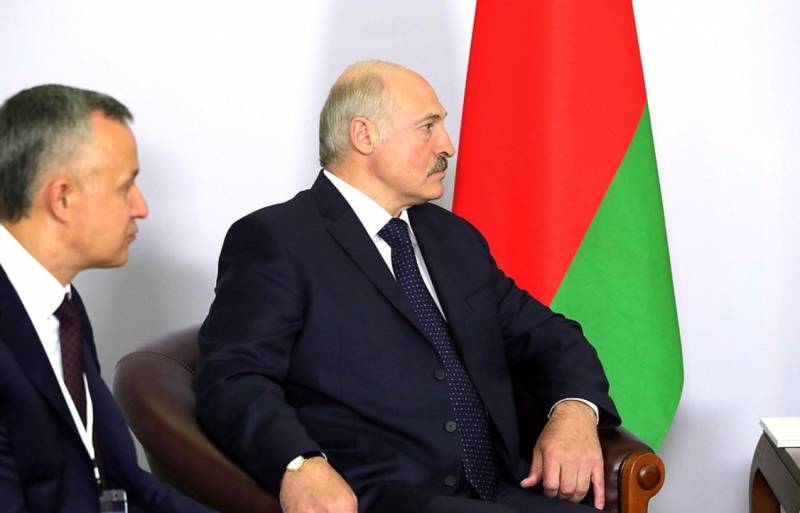 The scandal with the detention of 33 Russians near Minsk may become President Lukashenka's "swan song". Apparently, Belarus is rapidly moving towards its version of "Maidan", which will begin after the results of the election campaign are calculated. Having made a lunge in the direction of Russia, Alexander Grigorievich seems to have bet on the wrong horse.


First of all, we must give President Lukashenko his due. Under him, Belarusians live on average better than most of our compatriots. The head of state has skillfully “milked” both Russia and the West for decades, squeezing the maximum out of the special status of Belarus. Under him, there were no monstrously unfair privatizations of state property, which we have generated a whole oligarchic class. Yes, “Belarusian economic miracle "was built at the expense of Russia and directly depends on it, but it really was built, and now many residents of the republic take it for granted and inalienable, as the Libyans once under Muammar Gaddafi.

But nothing lasts forever. In recent years, the economic situation in Belarus began to gradually deteriorate, and dissatisfaction with the head of state began to grow. How can we not quote Vladimir Putin, who once commented on the resignation of German Chancellor Helmut Kohl in his book "From the First Person":

Any nation, even one as stable as the Germans, will tire of one leader in 16 years.

"Gold words". But neither Alexander Grigorievich nor Vladimir Vladimirovich himself for some reason is in a hurry to leave, ensuring the continuity of power. This threatens the Union republic with big problems, since a significant part of the population is simply tired of their permanent president, associating hopes for the better with the changes. But not the fact that they will be.

Numerous protests took place in Minsk yesterday. According to reports, more than 63 people attended the rally in support of presidential candidate Svetlana Tikhanovskaya. This is a lot, considering that no administrative resource was involved in the collection, rather the opposite. It was possible to get to the place of the event only through checkpoints, video filming was carried out, there were problems with mobile communications. Security officials and dozens of police vehicles were on duty not far from the protesters.

Svetlana Tikhanovskaya herself is a newcomer to policy... She took over the baton in the presidential race from her husband Sergei, who was denied registration, and then a criminal case was opened against him. The emergence of a "people's leader" out of nowhere, who publicly gathers tens of thousands of people in his support, came as a surprise. And a big problem for President Lukashenko, because it means that many citizens of Belarus are ready to vote for anyone but him in protest.

Very bad for the official Minsk news... In a week, elections will be held in the republic, there is no doubt about the "correctness" of the calculations: there are also "magicians" there. The question is what will happen after. The likelihood is extremely high that massive protests against falsifications, real or imaginary, will not matter. In the West, the results may not be recognized, and Svetlana Georgievna may be declared the next “President of Guaido”. And this will be the beginning of the “Belarusian Maidan”.

It is no secret that numerous foreign NGOs have been operating in this country for decades, actively brainwashing young people. How this affects in the end, we have already seen on the example of Ukraine. In the event of the outbreak of riots, much will depend on the position of the local security officials. President Lukashenka used the provocation with the "Wagnerites" to bring the army to Minsk, which he openly declared his readiness to use. If they suddenly choose to stand on the sidelines, for Alexander Grigorievich everything can end with an evacuation to Rostov, at best.

By the way, about the "Wagnerians". There is more and more evidence that the detained Russians are fighters of another PMC, Mar, who signed a contract with the Government of National Accord Faiz Saraj to protect the oil infrastructure in Libya. That is, these people, most likely, have nothing to do with Wagner, businessman Yevgeny Prigozhin, who is known for his closeness to the Kremlin, and they simply fell under the hand.

In fact, Russia does not interfere in internal political affairs in Belarus. And, perhaps, this is her big omission. The struggle for Minsk has been going on for a long time, but it is being waged by the West, mainly by its neighbors in Eastern Europe, who are not opposed to returning the Belarusians to their sphere of influence. In fact, Moscow is President Lukashenko's last hope of maintaining power in the event of the Maidan, but he accused it in advance of "interference", putting himself in a stupid position.
Reporterin Yandex News
Reporterin Yandex Zen
34 comments
Information
Dear reader, to leave comments on the publication, you must sign in.