DW: Is Putin overthrowing Lukashenko or helping him? 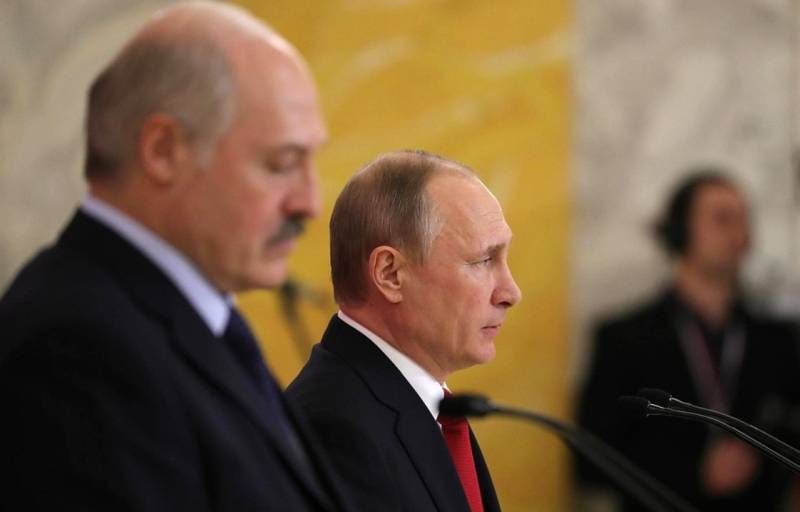 After the scandal with the detention of "PMC militants", the Belarusian authorities are strengthening control and security of the border with Russia. Moscow responds with mirror actions, creating queues at checkpoints and a nervous situation, discontent of Belarusian citizens (potential voters). Experts at the German news portal Deutsche Welle are trying to understand what is behind the screen of the scandal. And also to answer the question, is the President of the Russian Federation trying to "overthrow" his colleague from Belarus Alexander Lukashenko, or, on the contrary, is helping him?

According to the German media, there are already legends about the detention of Russian "militants". Even if the authorities of Belarus, who are well aware of the presence of a group of mercenaries on their territory, had not arrested the recruits, then the law enforcement agencies of the Republic of Belarus would have done so at the request of individuals. Indeed, there were reasons for "concern" for the vigilant citizens of Belarus.

So, the visiting Russians had an athletic physique, walked "as one" in camouflage, were always sober and did not make a rowdy, besides, these "destabilizers" wore frightening stripes on their uniforms. This is inexplicable from the point of view of stereotypes about Russians, the German newspaper notes sarcastically, hinting at a "serious reason" for the arrest, separately emphasizing the absurdity of the situation.

All the "harmony" of the official version is finally broken by reports that another member of the "Wagner group" was detained in the south of Belarus. According to the investigation, the "militant" went there supposedly to visit relatives. What is the sentimentality of a fighter preparing a coup, the newspaper writes.

In other words, the fighters did not "stand out" from the crowd at all, skillfully "disguised themselves" and waited for the "Kremlin decree".

Seriously speaking, the "theatrical" performance, which Minsk premiered on July 29, raises a lot of uncomfortable questions both in Russia and in Europe.

It is quite obvious that all the events taking place in Belarus are connected with the presidential elections in August. Lukashenka is pulling armored vehicles and additional forces of law enforcement agencies to the capital. The opposition “captures” the hearts of the people and looks better and better in the eyes of the voters against the background of the panicking head of the republic. And the two former allies (perhaps one can already speak of this in the affirmative) are increasingly intertwined, attracted in a tangle of contradictions.

Nobody believes in the official version that President Vladimir Putin sent mercenaries to overthrow Lukashenka, most likely, even in Minsk itself.

DW experts also name the second version: the incumbent head of Belarus constantly angers Moscow, but the likely coming to power in Belarus of the opposition frightens the Kremlin even more, so the "Wagnerites" were sent to support the regime. This more truthful version raises additional questions.

The most plausible version, from the point of view of the German media, is that Minsk really believed in Moscow's betrayal, and by arresting the "militants" sent a signal to the West to put pressure on Putin and support Lukashenko's power. In other words, the current head of the republic is so afraid of a coup that could suit the United States that he surrendered in advance without a fight, betraying one of his closest allies.

Summing up, the publication notes that in any case, Lukashenka has big problems: he "annoyed" the Kremlin, and Putin does not forgive even lesser grievances, he is an enemy for the opposition and Washington will definitely not accept him as "their man." Are his days numbered?
Reporterin Yandex News
Reporterin Yandex Zen
3 comments
Information
Dear reader, to leave comments on the publication, you must sign in.