MEI: Moscow has stronger cards in Transcaucasia than the Turks 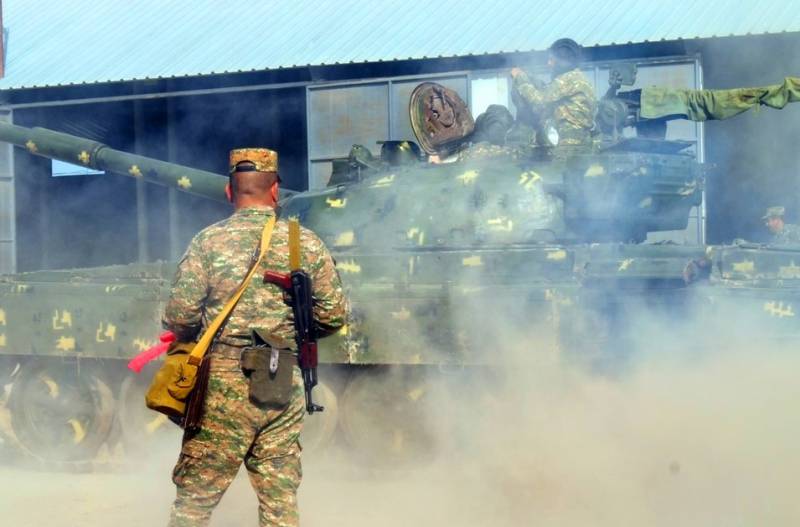 Starting political The positions of Moscow and Ankara in the new conflict between Armenia and Azerbaijan are being analyzed in a new analytical article on the website of the Washington-based Middle East Institute.


The review notes that the July clash between the armies of the Transcaucasian republics took place far from the disputed territory of Nagorno-Karabakh, but in close proximity to Georgia and the strategic Baku-Tbilisi-Ceyhan oil pipeline, the South Caucasus gas pipeline and the Baku-Tbilisi-Kars railway.

Therefore, it is not surprising that Turkey reacted immediately and extremely harshly, condemning Armenia's actions. Almost all parliamentary parties in Ankara, with the exception of the pro-Kurdish People's Democratic Party, opposed Yerevan. The Turkish Defense Minister and Foreign Minister made similar statements.

However, the most powerful attack was made by President Recep Erdogan, who pointed out that the clash took place far from the contact line in Nagorno-Karabakh, and was the fault of Armenia. The head of state hinted that such a step could be beneficial to some external force.

Experts from the Middle East Institute note in the study that this was a thinly veiled allusion to Russia. In this regard, the question arises whether Moscow and Ankara are ready to extend their confrontation around Libya and Syria to the Transcaucasus? But this is unlikely for a number of reasons.

The article notes that Moscow has stronger cards in hand than those held by its rival.

In particular, the Russian Federation and Armenia are within the framework of an official military alliance - the CSTO. Russia maintains a military base on the territory of its Transcaucasian ally, which was significantly modernized after the destruction of the Su-24 by the Turks. Joint border patrols have been established.

At the same time, despite close ties with Armenia, Moscow manages to act as an impartial arbiter. The Kremlin's views on Nagorno-Karabakh differ significantly from the position it takes on other frozen conflicts.

Moscow fears that overt support for Armenia will not only jeopardize Russia's warm relations with Azerbaijan, but also push Baku to seek help from the West.
- says the review.

Instead, Russia wants to remain an irreplaceable partner for each side. Armenia's dependence on Russia, at the same time, is obvious even for a leader like Prime Minister Nikol Pashinyan, who was brought to power by the revolution, against whom the Kremlin is opposed.

At the same time, the Turkish authorities, who have become hostages of their nationalism, are apparently not ready to directly oppose the Russian Federation. Although, one way or another, Turkey will have to support Azerbaijan in the event of an escalation.
Reporterin Yandex News
Reporterin Yandex Zen
2 comments
Information
Dear reader, to leave comments on the publication, you must sign in.